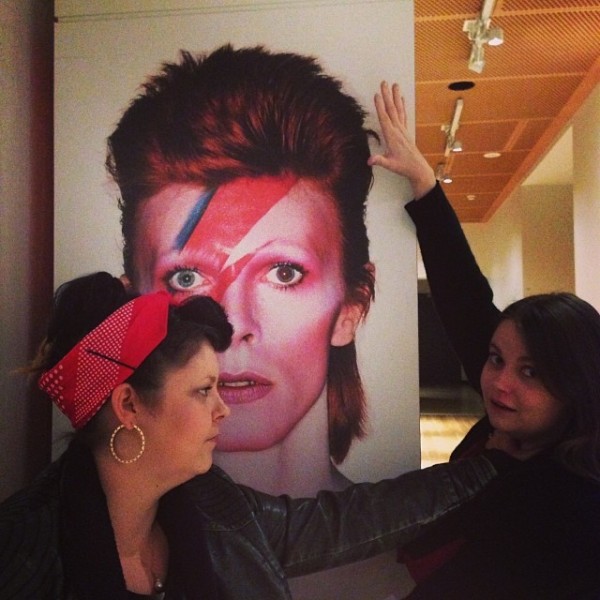 In which we discuss the life and death of Mr. Bowie.

This show is released under the Creative Commons Attribution-Noncommercial 3.0 Unported License.

Filed under Flash Pulp, Note to Self

Announcement: A Word with Mr. Six

Tagged as David Bowie, Gasoline, Safety, The More You Know

This week’s episodes are brought to you by Nutty Bites

Tonight we move briefly into the future, where code monkey Arturo Proto will receive an unexpected visit from musician, and goblin king, David Bowie. All characters appearing in this work are fictitious though any resemblance to real David Bowies, living or dead, is purely intentional.

Arturo Proto had owned every Bowie album well before the visit – had, in fact, spent long hours working on the MRI3 itself while listening to his idol’s output.

The piano plonks opening Life on Mars? still reminded him of the imaging problem from the last half of the second year, and the bassy grind of I’m Afraid of Americans was forever linked in his mind with the two-weeks’ worth of all-nighters that had preceded the device’s first testing.

Bowie was but one of ten celebrities to enter the neural scanner during an online publicity campaign set-up by General Electric and the Rolling Stone, but he was the only one Arturo had cared to meet. Though Proto wasn’t project lead – he was an equal member of its eight-person programming team – his manic hours and enthusiasm had earned him his choice of when he wished to be at the console during the visits.

Surrounded by a phalanx of twenty-something assistants, the ancient Ziggy Stardust had drifted into the lab behind a pair of thick sunglasses. His sleek cuffed black suit left just his thin lips and slow gait to give away his true age, but the wheeling and flocking of his adherents was tightly controlled by his sing-song whisper.

Proto had been surprised at the number of questions.

“Mr. Bowie would like to know what feature differences there are between this and the previous generation of device,” a pencil-skirted woman with a bob haircut would ask, notepad in hand – then, even as a tech would volunteer to take her aside for a full answer, a man sporting a three piece suit and an ironic moustache would inquire, “Mr. Bowie would like to confirm that there will be no interactions with the iron in tattoo ink.”

Before the afternoon was out the lab had somehow become infected with their pharaoh-like treatment. It had not helped that Proto stammered through every simple instruction, nor that he’d teared up when he’d received a pixie smile in response to his declaration that he’d spent most of his working life listening to the subject’s musical catalogue.

A half-decade, and four largely unrelated projects later, Arturo was sitting on a plain wooden stool under On an Ale Horse’s spotlight. The dive bar had gone long enough without renovations to be able to call itself retro, and the patrons, working at their domestic draughts with resolute throats, paid little notice to the string of amateurs taking to the low stage.

There was something in Proto’s delivery, however, that was different.

His voice wavered and skittered around the notes, and his guitar strumming was numb fingered at best, but there was a rhythm to his acoustic flailing that dug into the professional drunks’ ears.

He sang of afterlives, outer space, and needs that would never be met. In a haze of heat and alcohol Arturo’s songs, practiced until then only in the second guest room of his otherwise empty suburban home, blurred together, and yet each time he attempted to step down from the platform the evening’s aspirants would encourage him to return in their place.

It was the first night of his new identity. Like Stardust becoming Alladin Sane becoming The Thin White Duke, Proto used every success that followed to bury the corporate burnout he’d become. Now he was simply Prototype. Sold out bars became sold out local festivals, and online sales soon meant he would never again have to worry about project cancellations, office politics, or performance assessments.

Two months later he introduced the song Franciscan Park, and he was no longer just a sensation on the Capital City scene.

The meeting took place in a downtown lawyer’s office. Entering had required braving concentric rings of administration people, but they were all too eager to push Arturo towards the topmost floor. They struck him as aware of his coming, which was worrying because he had but the vaguest idea of why he had been invited to the expanse of leather and wood.

After being ushered through a final oaken door, however, Proto briefly stopped breathing. The man waiting behind the desk was not the thin-faced elf of Bowie’s youth, nor the knowing ancient who’d shuffled into the lab. This was a composite of the many men who’d once been Davey Jones – a sort of Bowie Prime.

“I… I thought you were dead?” stammered Arturo, his arms unthinkingly moving to cover his all-white wardrobe as if a child caught parading in his father’s clothes. 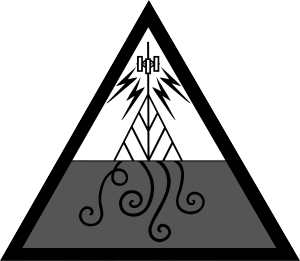 “I am not living,” said the pale android in the velvet Victorian waistcoat, “I am an artificial avatar known as RoBowie. I had myself built to stand as guardian to my estate – I didn’t relish the idea of being sold into a Coca Cola commercial. I’ll take my immortality where I can get it.”

Arturo frowned, “if you’re not Bowie, then why do you keep referring to him as yourself?”

“I thought it would be funny.”

The room settled to silence, during which Proto unabashedly gazed at the machine’s subtle seams, then the robot’s eyelids clicked twice.

“I’m hoping it’s because you like Franciscan Park,” answered Arturo, but he could no longer maintain contact with his interrogator’s lens-glass gaze.

“Well, in a sense – but the root of the thing is really your habit of stealing office supplies, you naughty boy. Worse, the code package you stole wasn’t even complete.

“The software you pinched was crude compared to the version that runs my operating system, and its limited programming only allowed for finite musical combinations. Other than the name, which you clearly changed, the song you tried to claim by retitling Franciscan Park is an identical match for catalogued composition #544694, The Unfading Lament.

“We were surprised when the tune, poorly transcribed by one of your fans, turned up in a lyrics database.

“The thing is, the rhythm structure had fingerprints all over it.

“Now, when you walked away with a backup of the last version of the artificial intelligence simulation project you couldn’t have expected anyone to know you’d hook it into an equally stolen copy of your MRI3 work, but what you weren’t aware of is that General Electric had sold the exact same idea to a number of high profile investors a decade before either undertaking had gone into production. Development actually escalated after its supposed cancellation and your departure, but in a much more classified facility.

With the legal weight of an immortal pop star and an international corporation hovering on his shoulders, Arturo deeply missed the simplicity of a life of debugging.

His mind flailed in an attempt to find an escape.

“I promise I’ll wipe the setup and shutdown my servers,” he said, “it was nothing, a few songs -”

“Nothing, nothing tralalala!” answered the suddenly standing machine, “You stole my brain, Arturo – my brain! How many simulated mes are virtually running around in boxes in your basement?

“Don’t bother trying to remember, the SWAT team will be able to answer me in less than ten minutes.

“Think of the nauseating imagery – thousands of enslaved Bowies squirming endlessly in the darkness of digital space – think of the global headlines.

“I was not a spiteful man, however, and I cannot deny that some of my own best ideas started as other people’s. We’ve decided not to run your name through the mud by suing over Franciscan Park.”

Proto’s thoughts staggered to keep up, and with a thick tongue he asked, “so I’m not going to jail? But you want me to keep quiet? I can do that, I promise.”

“No, no,” replied RoBowie, “we already have press conferences booked for you. Taking responsibility in front of the media will be your punishment, but think of Franciscan Park’s notoriety: A little controversy never hurts sales, I assure you.”

With only a hint of a whir, the avatar’s latex cheeks moved into a Cheshire grin, and glee slunk into its tone.

“What a fantastic platform from which to announce my comeback.”