Tonight we present The Irregular Division: Crossing, Part 3 of 3

Tonight we complete the flight of Aurelio Medina, a man who went in search of a home but received, instead, unexpected talents.

The Irregular Division: Crossing, Part 3 of 3

Title: You Will Believe a Man Can Fly

We held him for about five days, then – well, you’ve probably seen the leaked footage. It starts with a time lapse of Aurelio wandering around the small safehouse room that was acting as his temporary cell. With that weird moth-like motion that people get when sped up, he flits from a small table, where he eats dinner, to the barred window, to sitting on his bed, to making use of the room’s prison-style toilet.

Finally, after a chat through the door with the uniform on duty, he lies down in the lower right hand side of the screen, getting comfortable as the light beyond the drawn blinds fades. I’ve heard conspiracy theories that there’s a different shot, from a better angle, but if the footage exists, I’ve never encountered it.

What I know – what I’ve seen – is a bunch of restless blankets moving, then an eel, specifically – as I’ve been told by the team that was assigned to review the footage – a conger eel, writhing from the bedding and onto the floor.

Those same lab coats told me this was easily the longest one on record.

Now, Aurelio’s escape wasn’t pretty, but, honestly, neither was how we’d treated him. We’d chased him with robot dogs, forced him from the sky with armed drones, and, frankly, implied pretty heavily that we were going to have to take him apart to figure out how he could accomplish his feats of bioengineered prestidigitation.

You might say he’d already gone through so much shit, what was a little more? Especially when it meant his freedom.

Down the drain he went, and into the world. Must have been a hell of a squeeze through the toilet’s s-bend.

In the department’s defense, the safehouse was never intended to hold massive eels. 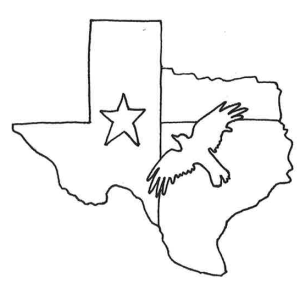 What I find most amazing, though, is that he didn’t simply turn into one of us. Surely if he’d waited long enough he could have slipped into the guise of being a white guy – hell, an exact duplicate of his guard even – and made a, uh, clean break.

Of course, Uncle Sam wasn’t willing to let him, you know, wriggle from our grasp.

As far as we could tell from the conspiracy theorist websites, a man sporting majestic wings had been spotted gliding from an empty chunk of Texas and south towards the Chihuahuan Desert. Our man at the top nearly lost it over that, as we’d done a fairly decent job of keeping the nature of the operation secret until then.

The poor bugger who reported it should thank the Saint of Sasquatches that we didn’t have to knock on his door, as would have been the case if he’d managed to grab any credible video.

Anyhow, under the auspices of an ongoing anti-drug joint task force, we were given limited authorization to cross the border and operate in and around Aurelio’s former hometown. We were told to keep it quiet, as we didn’t need the Centro de Investigación y Seguridad Nacional putting together the pieces with their domestic intelligence guys.

So there we are, Atlas and I, sitting in Aurelio’s otherwise abandoned shack. He wasn’t joking when he said he just picked up and left, there was still a pair of mugs in the sink that had been left to dry, and the square of garden hadn’t yet had a chance to wither.

We’re mostly sitting in the dark, as Atlas is all “mission security” and “standard operating procedure” and “silent running” and blah blah blah, so I was sharpening my Spanish by reading Mexican webcomics when we heard an engine outside.

Now, they gave me a gun, but I’m still pretty laughable on the range. I mean, I can flatten an entire opposing team in Call of Duty, all while they complain that having a neural interface hooked directly to my game console is cheating, but I still differ to Punchy when it comes to knocking real people over.

– and, of course, we were supposed to be taking Aurelio alive.

Thing was, it wasn’t Kafka’s birdman that came through the door, it was a local idjit named Bruno and a couple pals who thought they’d arrived to pummel a destitute local into keeping his mouth shut about how they’d killed his grandfather.

You wanna know what pisses Ms. Atlas off more than chasing a prisoner she’s already captured? Realizing that, despite all of her precautions, her operation has been compromised by some nosey punks with no clue what they’re actually getting themselves into.

Worse, they had gall and bad manners enough to try and shoot at her.

She’d lost all the robotics below her right elbow, and her patience, by the time she disarmed them, and there was so little of the hacienda left after she was done tossing them through, around, and over it, that we had to scrub the mission entirely.

A day later word came down the chain that Aurelio was to be forgotten – that is, at least until the media leaks started.

Stories still abound of the Nagual who supposedly walks, crawls, and flies across the southern Mexican states, but I can’t help but wonder: If we’d just been perhaps a bit more welcoming, maybe he’d be our Nagual.

This entry was posted in Flash Pulp, The Irregular Division and tagged immigration, Science Fiction. Bookmark the permalink.