This week’s episodes are brought to you by The Mob

Tonight we watch a torch pass as we honour our fallen dead.

Sgt. Smith and Son in Inheritance, Part 3 of 3

Mulligan Smith sat, in the clean-floored apartment he’d rented since moving from his parent’s home nearly twenty years previous, thinking about his dead father and the word ‘Pentel.’

It had been twelve hours since he’d learned of the murder, and no more than fifteen since the knife had found the old man’s belly. A hush-toned phone call from a friend on the force, who’d been summoned to the scene, had delivered the news.

Smith had seen his father just that morning – had, in fact, lent him his cellphone after a sudden appearance in the Denny’s at which the private investigator had been conducting a meeting with a suspicious husband.

Mulligan was no stranger to loss, but the weight of not knowing who was responsible – not even having a loose end onto which to grab and unravel the mystery – clutched at his lungs and spine like a stone gargoyle.

Twelve hours and he was no closer to an answer. “Pentel” was all he had.

Sitting on the loveseat that acted as his living room’s only furniture, Mulligan again scanned the rows of filing cabinets aligned against the walls. Over half of the boxy metal shelves contained his father’s notes, assembled by date across a lifetime together. The others overflowed with archives kept from previous jobs, and receipts filed away for tax purposes.

Despite Mulligan’s searching gaze, none seemed to hold any answers.

He knew too well that the city was full of blades eager to trade a petty death for a wallet, but the only thing that had been missing at the scene was Mulligan’s own phone. The uniforms on duty hadn’t even known to look for it until he’d mentioned the device.

The PI had immediately set about running down the short list of former acquaintances and enemies who might bear a grudge at an old arrest, but the sergeant had retired so long ago that most had either died, given up on vengeance, or were never likely to cease rotting in jail.

He had held a brief interview with Bobby Sweet, the most recent to be released from prison.

Mulligan had ambushed him while Sweet was hassling his roommates for cigarettes on his halfway house’s stoop.

“The ornery mute who put you under all three times is dead,” Smith had opened.

The Sweets had a legendary history of felonies and public offenses – many unknown, some nothing more than myth – and the sergeant was as mixed into it as any who’d survived the Capital City police force for decades.

“Oh yeah, that’s a goddamn shame,” said Sweet, and Mulligan had nearly lept the trio of steps between them before his brain took the time to process the comment and realized the aging con actually meant it. 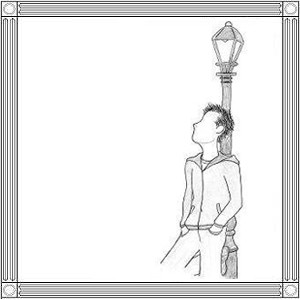 Annoyance at his own lack of control had been enough to push the detective back into his Tercel, where he’d sat gripping the wheel for a good five minutes, not sure if he would scream or tear up.

He’d done a little of both on the drive to his father’s home.

There’d been nothing at the square kitchen table but silence, yet Mulligan had remained, absorbing the emptiness of the place.

It had come to him then in small pieces – something slightly askew: His mother’s always dusted and replaced collection of salt and pepper shakers appeared turned slightly inward; the cupboard drawers not quite as flush as the old sergeant had been sure to close them; even the worn rugs seemed out of line with the pattern on the linoleum he’d once enacted his toy car chases upon.

Maybe it was just his imagination, Mulligan had thought, or maybe someone had come to search the house while trying to make it appear as if they hadn’t.

Smith’s own ensuing three-hour-long hunt turned up nothing but frustration. He’d been on his way to the door, exhausted and pulling his black hoodie over his collapsed shoulders, when he’d reached for the ancient family photo that had eternally adorned the wall next to the entrance. Here was the last time Ma, Pa, and child had smiled together on film.

A slip of paper had fallen from behind the frame, the handwriting immediately obvious as his father’s own.

“Pentel” was all it said.

As he’d done with every other scrap his father’s pen had touched, Mulligan had carried it home for filing. He’d never considered where he’d picked up the habit.

Now, staring at the photograph he’d relocated to the top of his gray steel filing cabinets – it’s placement marking it as one of the few ornaments to adorn the white walled apartment – Mulligan despaired at what he’d lost, and what he would never learn.

The old man had been his best friend in many ways, but there was so little he’d truly known about the figure who’d raised him. He’d read the work tales, sure, but who had he been before the uniform? Where had his tongue gone?

He was sure he would never know.

“The Pentel method,” he suddenly said aloud, his mouth tripping on a recollection his mind had forgotten.

Pleased to have some reason to keep busy, his hands and eyes were soon digging through his collection of parchment. Reading through the stacks of notepad and stationary pages felt almost as if exhuming a grave – here was the memory of every conversation he’d ever had with the codger, here was every argument, every Sunday invitation to Eggs Benedict, (as if they couldn’t just assume it would happen, as it always did,) and every recollection of the former cop’s cases gone by.

Trivialities, questions, and reviews of television shows – but also Pentel.

Pentel repeated a surprising number of times – once a year, slipped sideways into some other conversation, but often there.

Though the elder Smith was a mute, he’d never been short on discussion. The method had been lost in a landslide of such facts and novelties.

“That pencil on notepad trick reminds me of the Pentel Method MI6 used,” the letter said, in response to a cheating husband case from a half-decade previous, “get a Roller Writer with which to scribble your text, press it hard against the clean side of a sheet of paper, and bam – you have a perfect invisible duplicate until someone sketches over top in ink in that same way. Then you just need to burn the original.”

The conversation had looped back from there, returning to a joke about the husband losing his shirt in the divorce just as he’d lost his pants in Mulligan’s photo.

It was a short sprint to the junk drawer, and a ballpoint pen.

There was no response when he shaded the empty portion below the message.

Flipping it flat on its face, however, brought up a full page, dense with text – the problem was that it started mid-sentence.

Mulligan returned to the previous day’s papers, but the story, something about a boy named Ezra that the Sergeant had apparently known in his youth, still was not at its beginning.

Grabbing up a sheet from just the week previous, and one from the days just after the junior Smith had hung his shingle as a private detective, the son’s hands became calm and steady, even if his tears said otherwise.

Somewhere in the hard steel shelves was the killer’s name, Mulligan was sure. Why else had the house been searched? Where else would the old man have hidden an answer?

He would find it – and the monster who’d ended the last of his family. Then he’d show the bastard some of the other tricks the old man had taught him.

First, however, he had a lifetime with his father to explore.

One Response to FP420 – Mulligan Smith in Inheritance, Part 3 of 3