This week’s episodes are brought to you by the Mob

Tonight, Will Coffin, urban shaman, and Bunny, his constant companion, attempt to reconcile regrets with a man whose past haunts him.

Written, Art, and Narration by Opopanax
and Audio produced by Jessica May 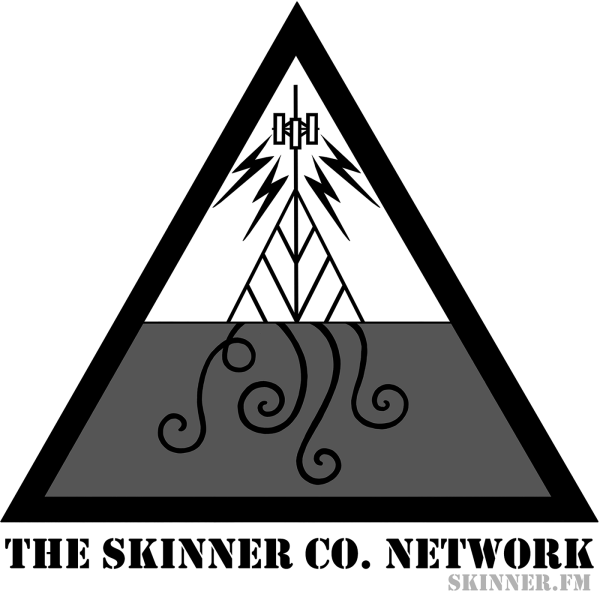 Tonight, Will Coffin, urban shaman, and Bunny, his sobering apprentice, are notified of an arcane murder.

The restaurant, Spinerette’s, was packed with deep red leather and thickly varnished mahogany, but, from his view behind the small porthole in the swinging kitchen door, The Insomniac could see only the end of the banquet table that had been set at the center of the room. A forty-ish woman in a well cut suit, with close cropped graying hair and more than a passing resemblance to Judy Dench, was standing for a toast. Her champagne flute was in her raised right hand, and a skittering collection of thin-legged arachnids marched in and out of the sleeve cuff of her gesturing left.

“You need to go,” he said, “there are only a few servers on hand, but they’re definitely better friends with those people than I am, and they’ll be coming for the next course shortly.”

Nodding, the sleepless man’s sharp elbows cut through a turn.

He asked, “how will you explain the missing meat?”

“If these people are dumb enough to think I’d believe I’m just cooking a bunch of eccentrics a roadkill meal, fine, I’ll tell them I tossed it in the rear for the mutt that raids the dumpsters.

”Listen though, I regret ever having had a part in this. Will – will there be problems? I meant no offense.”

Each step jarred the ache behind his eyes, but the meddler was moving quickly now, the paranoia of not being able to see who might be coming adding speed to his feet.

“I honestly don’t know,” he answered as he shuffled along a chrome alley of knives and hanging pots.

Entering the walk-in freezer, he took in what was left of the massive racoon. The beast’s ears were pierced with a dozen copper loops, but it looked as if someone had ripped out a dozen more, and, even though most of its lower body had been butchered to the bone, it still required two oversized black garbage bags to hide the shaved flesh of its torso and the canine grin full of shattered teeth.

Once the job was done the salvager retrieved his phone and messaged the man who’d saved him from the horrors that lurked in his dreams, then, with the bagged corpse straining his exhausted arms, he slipped out the back door and into the night.

Two hours later, Coffin and Bunny were in possession of the stretched and ripping parcel.

They were in an alley five blocks from Spinerette’s, and the sun was rising.

“Holy ####,” Bunny was saying, “no disrespect meant to the dead, but it’s like the set of a Nightmare on Elm Street is leaking out of that thing.”

A lack of transportation had hindered their arrival, and it was not the sort of neighbourhood in which a sack leaving a conspicuous trail of blood would go unnoticed. The hiding spot, behind the fenced rear of a spa that would open in the next forty-five minutes, was the best their informant had been able to do when a broken fibula had punctured the plastic.

Will, who’d hoisted the sacks to see if he could stem the flow of gore, dropped the remains without ceremony.

His trip to the now-abandoned restaurant had been brief.

Clearing his throat, he said, “I’m sure the back entrance used to be haunted by the leftovers of a guy who caught a broken beer bottle in the neck in the early 1990s, but he wasn’t there. In fact, I walked a half block over to talk with a woman who bled out from a failed abortion, Bernita, and she’s missing too. She was a soft touch; always happy to trade info for whatever family gossip I could scrape from her niece’s blog.”

Though she’d been left behind to keep watch on the remains, Bunny’s gaze had landed on everything in the cement lot but the cadaver.

“You’re sure this is Pisky?” she asked.

“Yeah, not a lot of other gigantic raccoons full of piercings in this neighbourhood,” replied Will. “Did you hear what I said about Bernita?”

“That dumb bastard saved your life, and this #### is sadder than weeping ####ing kittens with emo haircuts – still, you don’t seem terribly broken up over it.”

Coffin shrugged and began to dig in his pocket.

“What’d’ya got in mind?” asked Bunny.

“Calling the ambulance,” answered Will.

“Not that kind. I plan on having a – vigorous conversation – with whoever’s responsible, but first we need to take a trip.”

Within moments the pair, their driver, and the corpse began their long northward procession.