I woke suddenly to the sound of drawers slamming. Eyes were on me immediately, and I moved through the the morning motions under close watch – then the blindfold came down.

I was led to a van – our van, I suppose, at least until they’ve disposed of me – and the blindfold tightened. Then we hit the road.

At first we drove in silence, my only hint to our location the changing tones of shadow and the sense of momentum when we rounded corners.

It was obvious we were leaving town, but our pace picked up further as we progressed, and I soon knew we were at highway speed.

I could not say.

That’s when an unseen hand flipped on the radio and Neil Diamond’s Forever in Blue Jeans began to play.

If this was a Coen Brothers’ production, I reflected, my end would be near.

The torture continued, however.

We stopped, eventually, at a Tim Hortons, and I was allowed to see long enough to enter and exit the washroom. I was struck by how generic such locations have become: I could have been anywhere with a strip mall and a Tims – anywhere in Canada really.

Could I’ve made a break for it? Perhaps, but not before word would get back to whomever was “babysitting” the kids.

I returned to the rolling prison, and the blindfold within.

The border crossing came not long after. Though I was allowed to see, all notion of where I was heading was blotted out by blaring earbuds. I think the uniform at the checkpoint must have been in on it, he simply smiled and nodded as JMay unspooled whatever story she’d settled on.

Not long after we paused again at the roadside, this time so that my captors might present a series of dossiers.

“Each day you can open one of the envelopes and it’ll provide your itinerary,” said Opop.

I’m fairly sure the last item on the agenda is disposing of my body, but I have no choice – given that they have my passport, money, and the location of my children – but to play along.

“We’re headed to a brewery and steakhouse tonight!” they claimed.

Yet I cannot help but wonder if perhaps I am the real meal? 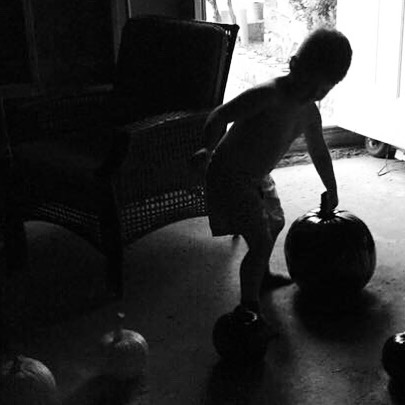 If you’re reading this you’ve found a writer typing to you from within the shadowy frame of one of his own terror tales. Specifically, for the past few weeks I have been kept in the dark by the two people I care for the most: Opop and JMay.

I hear whispers behind closed doors. Eyes watch me closely until I exit the room. I have even been denied access to areas of my own home.

What exactly have they been plotting? Hard to say, though they claim it’s related to my birthday.

As the secrecy continues I cannot help but wonder just what nefarious surprises they have in store. As such, I’m leaving this message-in-a-bottle in case I do not survive the Halloween season. I’ll also use the #HappyBirthDIE tag here and on Twitter to leave what breadcrumb trail I might, while I might.

Oh sure, I may sound paranoid, and I cannot deny their cheery demeanor, but would it not be so in the most egregious horror story? Doesn’t it seem all the more likely that such would be the case if I were to awaken to a pair of nail clippers coming at my eyelids as a smiling loved one tells me not to struggle against my bonds and hits play on a VHS clip tape highlighting my failures as a human?