Tonight we present Censors: a Collective Detective Chronicle, Part 3 of 3

Tonight we find ourselves again under the watchful eyes of the Diamond Dogs, as one online investigator brings a decades-old mystery into the future’s blinding light.

Maritza stood in the chaos of the shared kitchen, her feet curling back and forth across the chill linoleum. As the coffee maker gurgled out its replacement for sleep, her mind wandered over the details of her mother’s letter in an attempt to replace the brutality of the images she’d just witnessed.

Had the woman undertaken her research into the Collective Detective solely because she thought her daughter might help with the concerns that had lingered, nagging, at the back of her mind? Had she been waiting fifteen years for this opportunity?

No, it seemed more like her to have done the reading and research because she was concerned about the group her daughter was involving herself with, just as she had originally stated when Maritza had divulged the fact during a brief trip home, four months previous.

It had been her second visit in two years, and there hadn’t been much conversation between – yet the errant child now held a sneaking suspicion: That the instinct for concern that had caused her mother to sift through online reports, and yellowing news articles at the local library, was the same trait that had driven her to take on such miserable work to provide for her family in the first place. 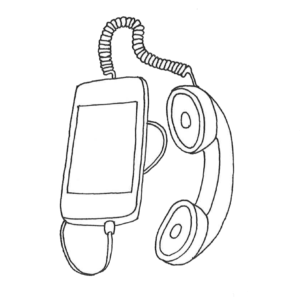 Standing in the hushed kitchen it struck the girl as strange that she might realize it all only now, when so far away and so out of touch.

Then the coffee maker beeped.

When again situated in front of her keyboard, Maritza cleared her head of personal concerns and attempted to reestablish the mantle of a detached collective contributor. Despite a persistent knot in her heart, it was not hard: She’d made amazing progress given the amount of time, and the next steps were tantalizing.

Stout James’ account information brought up a thick cloud of social media misuse, and, just as her mother had predicted, a brief history of his photos having been tagged as offensive by strangers who’d been in search of help with their brightly animated collection games.

Here, however, she hit a snag.

The apparent murderer had used a data anonymizer to connect to the site, and, while it was an old form whose techniques had since been decrypted, the amount of computing power required to decode the stream would mean submitting a ticket for priority to the Collective as a whole.

While she had followed the usual protocols – opening a fresh stub for the case and updating it with her findings as she progressed – she had found herself unusually protective of her search, and had operated in such a way as to hopefully draw no attention from her fellow detectives unless someone was bored and creeping the change logs.

Inspiration hit as she weighed her options and scrolled, unthinkingly, through the timeline of filth. It was not the nastiness of the photo that drew her attention, but, instead, its normalcy.

Here was an ebon-haired woman of perhaps forty, her carefully pinned locks and flowing purple dress, with simple yellow shawl, indicating the picture had been taken at some sort of formal event. She was flashing a broad grin and her left hand held a tall glass of champagne – there was something, though, in the way her right shoulder was cut short that left MarMar with the impression that perhaps there was a memory she had cropped out in an attempt to forget; That perhaps a good photo was too rare to waste despite the ex-husband or boyfriend who had once stood beside her.

On a whim, and without stopping her mind’s juggling of how to approach the problem of Stout James’ encryption, she slipped the image into another search.

The smile was not unique. The portrait had, at a time, been spread as widely as her mourning family might take it, and the missing woman, Callie Meadows, had apparently been beloved by all but the men in her life.

Pleas for information led to a social media account, now a memorial, and a history of data provided by Callie herself. Again Maritza began chipping at the stone that surrounded the history of the assumed-dead woman, and the trail she had left across the internet of her era. It was easy enough to find an end date – the day Callie had been last seen was well recorded – but when to begin was a fuzzier notion. To be sure, MarMar settled on a window that extended out a year before the woman’s disappearance.

The logs turned up a not-entirely-surprising link: Ms. Meadows had been active, shortly before vanishing, on Pair.com, a dating website. The image remained, in fact, her long abandoned profile picture even now.

MarMar’s probing fingers dug deeper, recovering the records of her interactions and compiling a list of possible paramours. The connection seemed too strong to be coincidence, and she swept the rest of the data from her search like so much marble dust.

A list of five names remained, and, among them, only one James: Her second last accepted invitation out, if her private messaging – no longer private – was any indication.

If necessary Maritza determined she could track down the woman’s cellphone records and be sure, but she did not think it would be so. Instead she plucked at this new thread, crawling backwards into the profile, and inbox, of one James Pitts.

Again she discovered his location was unable to be tracked to its root – the same anonymizer having been used to interface with the dating service as had been used to hide his identity from social media snoopers – but she had full access to the user in question, and she was beginning to suspect that might be enough.

Here were missives to a dozen suitors, and, as MarMar tracked each name, a dozen missing women.

She sat staring, with slow blinks, at her screen. Should the Pair.com people have noticed? Their software hadn’t been designed to track serial killers, and James had left a buffer between his arranged outings and the women’s actual disappearance – the dates listed in public police databases often indicated up to three or four weeks later.

Yet the matches were far too consistent to be any sort of fluke.

Now she submitted her request for a larger share of the collective’s processing power: Decrypting the address behind the account would lead her to him, and if anyone else noticed at this point they’d only be watching her cross the finish line.

Maritza was exhausted. Her knees ached from her cross-legged position, and she’d had to lower the Thin White Duke to a whisper as even her ears felt tender. Despite her fatigue, however, she found she was furious. Furious that this man had gotten away with his crimes for so long, furious that he’d exposed her mother – HER NANAY – to his handiwork, furious that the elder Mercado had been forced to undertake such work to support her, furious that she hadn’t understood her mother was more than just a robot programmed to nurture until just then.

Visions of SWAT teams danced in her head: Men the size of small buses battering their way through the crumbling door of some distant farmhouse, assault rifles raised and barrel-mounted flashlights piercing the musty darkness beyond. Stout James would no doubt be in his living room, sitting in an old chair, waiting. She began to hope he’d resist.

She could not say where her daydreams ended and her actual slumber began, but the late hour worked to her advantage in at least one aspect. More than half of the Collective’s users were North American, and even the night owls among them had long dragged themselves to bed or nodded off at their keyboards. Even as Maritza snored, curled beside the laptop she’d given more room on her futon than herself, her request rocketed through the processing system.

An editor by the name of DarshBoard spotted it first, having returned from a long lunch with a sack of samosas he’d intended on nibbling through while ignoring, at least for one more afternoon, the code review his boss had ordered.

Suddenly finding something more interesting to fill his time, he granted the requested fastlane access and opened his messaging app. KabirToss was going to want to hear about this.

Stumbling to and from the bathroom, she lifted the laptop from her mattress and prepared for a more expansive collapse. It did not come when her eyes landed upon the rapidly bubbling number atop her message queue, and the red text that indicated her inquiry had already been completed.

Refreshing the case stub she found her simple notes had been clarified and expanded upon by a dozen fellow detectives.

She discovered she was right about one thing: James had in fact lived on a farm. A quick map search determined it was nothing more than a ruin, abandoned for almost a decade..

Still, the general consensus was that, given the lack of bodies found in relation to the missing women, some evidence was likely to be had from the plot’s fertile earth, and DNA likely lingered in its carpets.

Yet there would be no SWAT teams. The local news had reported James death some seven years previous, a prostitute having stabbed him in apparent self-defense.

Again Maritza was left to blink at her screen – then she reached for her phone.

She’d intended on some sort of – well, not speech, but at least something like an apology. A statement of her new understanding. Something witty and maybe a bit touching, but too much had happened in too short a period, and exhaustion had worn her nerves to snapping.

There was a pause on the line, a combination of mental processing and the delay of distance, then her mother replied, “but you will be able to call their families? Call their Nanays, if they still live, and let them know for certain who and what happened to their daughters?”

“Sometimes a warm word and a little closure is enough. It is good to hear your voice.”

“Yeah,” replied MarMar, “it’s good to hear yours too.”

One Response to FP453 – Censors: a Collective Detective Chronicle, Part 3 of 3