Tonight, our private investigator, Mulligan Smith, finds himself stretching both his limbs and the truth.

Mulligan Smith in Taken, Part 2 of 3

Mulligan finally got lucky during his third yoga class.

The studio was a converted loft apartment overtop a vegan restaurant, with a pass-through kitchen at one end and a bay window, overlooking the pedestrian traffic below, at the other. Though Smith doubted he could afford the habit if he weren’t expensing it, a rainbow of twenty mats were already laid out on the parquet floor as he entered.

The first two sessions had been conducted by a bearded willow tree named Dakota. Dakota was a nice enough fellow, and he’d done a bit to correct Mulligan’s Dolphin pose, but the PI was quite pleased to find him absent that Sunday afternoon.

Still, as the room began to fill with the recorded sounds of flutes and chimes, the investigator again felt the guilt of wasted time. Grandmother Woodward, his client, certainly had the cash to spare – she’d made that clear as they sat through tea in her Victorian style garden – but it frustrated the PI that he couldn’t even claim to be learning anything useful. 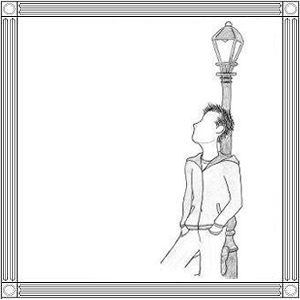 Years of sitting in the less-than-ergonomic front seat of the Tercel while waiting out errant spouses and insurance frauds had already made Smith a well-practiced pupil. It was not uncommon, in the fifth of a probable ten hour watch, for Mulligan to simply step out of his vehicle and Downward Dog right there on the pavement.

The remorse disappeared at the sight of Victoria Woodward.

She was wearing black leggings and a spaghetti strap top that did nothing to hide the light blue stone of her belly-button piercing.

“Namaste,” she told the class as she took her position at its head.

Suddenly Mulligan’s Dolphin slipped again, and his back refused to stay straight during his Plow. Not so badly that he embarrassed himself, of course, but certainly enough to draw Victoria’s eye.

Finally, after a serene hour of stretching, the session came to a close.

Smiling, Smith walked to the ornate rack of wooden coat hangers, pulled his sweater from its resting place, then approached his newly returned teacher.

It was hard to remain nervous, however, under the glare of Mulligan’s practiced grin.

“Thanks for your help today,” he continued, “I’d heard you were really good but you haven’t been around the last couple of times I’ve been in.”

“Oh! Yeah, I was at a spa – it was fantastic, just a few days in the country with the trees and the birds and nothing to worry about, you know?”

Mulligan nodded and did his best to ignore the way her tone seemed to be trying to convince him of the truth of her words, but, before he could respond, she changed the subject.

“You said someone recommended me? Who?”

Smith’s hunch had come to him the previous evening, as he’d picked apart a Denny’s club sandwich. He’d spread three photos of the yoga instructor on the booth’s tabletop, alongside a column of website printouts. The photos were from the first day of his investigation, after which Victoria had immediately disappeared.

Though they’d provided no hint as to her location, her social media profiles had made it clear that she considered her yoga class as more than a job, so he’d known where to wait for her return.

His search had also uncovered something he found considerably more troubling, however.

It had started with postings about GMO wheat crammed between videos demonstrating proper pose posture, but, the further the detective scrolled, the deeper the well grew. Items began to crop up in her feed about black site prisons, about the dangers of vaccines, about the fascism of the American state.

He’d had to back away from his keyboard when, two status updates below a photo of baby Addison, he’d stumbled across a diatribe written by Victoria that began, “The conmen that make up the scientific community…” and had continued on for twelve more paragraphs.

Was it pleasant? No, but plenty of people were a parent and unpleasant at the same time.

So where was the child? Probably with a babysitter, as the mother had always claimed.

Yet, later, as he’d drained his milkshake and buried the photos beneath his mute father’s notes from the press conference – Smith always filed his observations, just in case – his half-formed suspicion had grown into a no-you’re-just-being-paranoid hypothesis.

Now, with a conscious effort to keep his friendly smirk in place, Mulligan filled his nose with the thick smell of freshly lit incense and played his hunch.

The senior Smith had called in some favours still owed to the former police sergeant, but no one in the beehive of activity surrounding the Cotton baby’s case could draw any connections between Victoria and the missing child’s mother.

Mulligan caught the hesitation in the yogi’s response, and noted the briefest tug at her left cheek.

Suddenly he was sure he wasn’t wasting Grandma’s time at all.

“I know, right?” answered Mulligan as he tugged at his sweater’s zipper. “Anyhow – gotta see a sorcerer about my chakras and all that.”

Smith’s feet carried him to the stairwell at such a pace that he nearly forgot to call out a “namaste” as he departed.

He had an appointment to make.