Tonight we tell the tale of a wayward youth, and the gun he considers his last recourse.

Theodore, sixteen, had bought the revolver a month earlier from a man named Bill. Bill had also been selling questionable televisions and grandmotherly dishware from the rear of his Econoline van, but it was just the pistol that the boy had been interested in.

His mother loved Theo and his sister, Abbie, dearly, which is why she worked such long hours at the Piggly Wiggly to compensate for the lack of support from their deadbeat father. The job, however, was also the reason she drank so much when she got home.

The mother and teen’s schedules rarely intersected, but in those brief moments – often when she’d just returned from a shift and he was about to depart for a cheap action flick at the multiplex – she had come to suspect something was awry.

She had not seen the weapon, but anxiety over what she might discover about her son had left the bulge in his right pocket un-confronted.

The night before the shooting had been a hot one, and the teen had watched the sunrise crawl up his wall while contemplating facing another round of bellowed insults from Mathew Barnes.

Barnes, a year older and a foot taller, had spent the better part of three semesters making Theo and Abbie’s walks to school miserable, and any change in route only seemed to bring new energy to the torment. 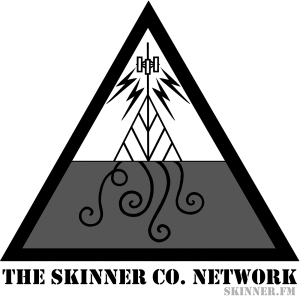 Despite their efforts to fight back, or surrender, or seek help, four weeks earlier the menace had moved from verbal to physical. Sick of hearing the imitation of Abbie’s stutter that his family was too poor to do anything about, the youth had made some choice comments regarding Mathew’s mother’s hygiene, her uncritical choice in lovers, their shared lineage, and the possibility that, despite the time paradox, Theo may have in fact been his father.

As Barnes had been flanked by two of his better friends, venting cost the big brother several bruised ribs, a twisted knee, and a bloody nose.

Still, a cruising patrol car pulled aside to see what was going on, and, when silent Mr. Acevedo – who’d caught the tail end of the incident while walking home with his first coffee of the day – was asked who started it, the finger was pointed at Theo.

Theo, hand on pistol, again passed Mr. Acevedo in the hallway that morning. As always, the balding handyman had struck him as distant and alien. The same internal blinders that made the boy unable to see the similarities between his own life and that of the man who lived in the same building, in the same neighbourhood, in the same city, had left Theo feeling there was but a single solution – that left him feeling as if he were alone in solving the problems with Barnes.

Moments later, when Barnes had raised his hand high and brought his palm down across Abbie’s left cheek in response to the girl telling him to b-b-b-b-blow her, Theo found himself reacting with a full fist and a scream.

That might’ve been the end of Mathew Barnes, and Theo’s life as a free human, were it not for a sudden intervention.

The saviour was not, however, Abbie’s estranged father as summoned by his mother, it was not uniformed officers called in by Mr. Acevedo, it was not even Mathew’s crew arriving to defend their fellow goon.

A single white van peeled around the corner, its side-door sliding wide to reveal a figure: A besuited man with a pasty white face and thick black mutton chops. Below the stranger’s handlebar mustache projected a multi-barreled rotating canon.

It began to spin.

The first three shots fired from Theo’s pistol simply seemed to warp the space around the machine gunner, but the final trio landed across his chest, causing spiderweb cracks at the impact points.

Before the boy could fully comprehend that he’d slain a television screen, the flood of PVC-skinned sumos began.

From the building’s rear pathway, from the loading bay that lead to the trash room in the basement, from the neighbouring towers, a hundred figures, each with a face identical to that of the man in the van, erupted into view.

The clones, Theo realized, were just masks, their necks tucked into inflatable plastic suits that made them all equally round – then there was a rubbery impact at his shoulder that sent him stumbling towards an approaching balloon belly.

The sumos were giggling, and, within a dozen playful impacts, Theo could not resist but joining in. He did not notice the pistol disappear in the melee, nor would he ever wonder about where it had gone.

His nemesis did not have it so easily. As Matthew had buffeted others, so too was he now buffeted. Nothing more than a pinball in a deluge of bumpers, he lost all control of his direction, his self-control, and his bladder.

From beneath a dog pile of a half-dozen inflated Achievers, a truce was extracted from the tormentor – a truce that he would never dare break.

Abbie, who’d set adrift her online plea for help some four weeks earlier, could only clap.