Tonight we present The Blue Mask

This week’s episodes are brought to you by Pop Mockers

Tonight we find ourselves visitors to the shores of the Island of Corosia, and walk among the contagions that rage across it.

The island nation of Corosia supported two cities of size and a dozen hamlets yet unconsumed by the urban march. To its many passers-through there was a familiarity about the nation that had been carried to its shores in the suitcases of beach-bound tourists and over the satellite signals pirated by its inhabitants. It was in the cut of the military uniforms worn at checkpoints and by billboard-displayed leaders; it was in the brightly coloured t-shirts worn by the nation’s teenagers; it was in the chords and rhythms of the music leaking from open-windowed vehicles and kitchen radios.

The beauty of the spot, mixed with its location along the tradewinds, had left it a thick history of exposure to the shifting tide of inquisitive outsiders. Many gods had once swept ashore, then many prophets, then, finally, those mock deities broadcast to the heavens from studios abroad.

Yet, in spite of this familiarity, or perhaps because of it, there was also a deeply ingrained skepticism to Corosian society.

There were few who would not lend a traveller a ride along the isle’s dusty roads, but all would be sure to later joke that they’d checked afterwards that the stranger hadn’t stolen the seat.

Still, the Corosians were as upset as the rest of the world at the televised collapse of the town of Harthomas, Pennsylvania.

Every Western news network shifted its unsleeping gaze to the events in Harthomas, and legends regarding the misinformation in those transmissions would spring up almost as quickly as the arrival of commercial breaks. For forty-eight hours the world observed the quarantined population of ten thousand collapse into madness even as their government raced for a cure.

The footage of weeping faces and inexplicable undertakings was only interrupted by the occasional newsdesk rebuttal to federal suggestions to discontinue broadcasting. Whatever say in the matter the powers in question held, answered the blazer wearing anchors, they had lost it when they’d allowed the virus to escape a research laboratory just south of Pittsburgh.

So viewers watched while packs of wailing children swept through the streets of Harthomas, their arms raised in trembling need of a hug, and as a suddenly famous hard-faced bank teller led them on an extended, if eventually futile, chase. They watched as lovers held each other tightly for hours, their tears staining each other’s shoulder, until, without warning to the patrolling news drones above, they cast themselves down from rooftops and balconies. They watched as crowds of fifteen and twenty would wrap their arms about each other in solace-seeking knots, their chests heaving with their tears, until dehydration and exposure would take them, though their corpses were held in place until the weight of the decaying human web simply became too much for those few fatigued mourners who remained. 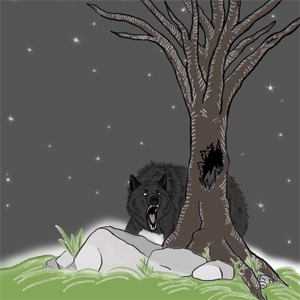 The Melancholy, as it came to be called, was thus well known to the Corosians – although, as the coverage spread into rumours that cases of infection had carried beyond the perimeter of the quarantine, the isle’s inhabitants took some comfort, in the thankful moments of their kitchen table prayers, that there was an ocean between their families and the troubles.

As the threat crept, on aircraft wings and on the decks of fishing boats, ever closer along the chain of islands that flanked their home, deception also slipped into their ears.

Their leaders began to appear before crowds and microphones to declare the illness a conspiracy, a tactic of the greed-stricken developers who had long lusted for their pristine coasts and unending sunshine. Just that week, they declared, they had turned back offers to have the men and women in their thick rubber suits arrive and lay out their needles and tents supposedly intended to heal. With great confidence the khaki-garbed rulers scoffed, pointing out that it was only upon such invasions that their neighbours had even begun to grow sick.

Truly, they said, such ministrations carried sickness, not the cure.

This version of reality gave succor to many, but there were some who doubted.

One such, a physician of some renown who had gathered knowledge from many lands before settling in the place of her birth, was known to publicly ask, “what of the terrible images they’d seen from the heart of the persecutors’ own lands?”

“It is said their black arts can tailor plagues to any need. Obviously a controlled release is simply a tactic to make them appear free of guilt as they steal what they could not buy,” came the response. “If they were willing to do such things to their own people, what mercy would they have for those they wished to unseat?”

The physician was told to hold her tongue.

It was not long before any who might be considered tainted by distant infection, visitor or resident alike, were expelled or sent into hiding; be they at hand to help the impoverished at the island’s core, or simply to enjoy the sands along its edges.

Faith became central. In some quarters forgotten gods were resurrected and invoked. Offerings were left upon shop stoops and in the entranceways of homes. Smiling faces in costly suits declared a cure had arrived, but the images from but a few shores away made salvation seem no closer than the newscasters themselves.

Soon the Corosians turned to the traditions that had been handed to them from grandparent to parent.

A night of ceremonies was planned – masquerades of a sort, a culturally ingrained ritual of prayer and pleas for celestial amnesty.

Little could they have known that the infection had been carried into their midst – even as they donned garb in every shade and moved through the customs of dance and religious observance – by fisher folk who’d secreted cousins from the nearby danger, and by smugglers too destitute to give up the opportunity of providing much needed supplies to their beleaguered neighbours.

Nor did the Corosians realize that they themselves then spread the contagion through their sacramental sweat, consoling embraces, and profured handshakes.

On the soft beaches of a half-dozen villages countenances of red, yellow, and green hoped for safety, their exhortations aimed to move a power they thought greater than their own, but, as masked faces, both angelic and demonic, mingled in the shadow of the mountain that marked Corosia’s heart, the most important fact among their missing knowledge was the identity behind the soft-smirk of a sole blue mask roaming the islands eastern edge.

Years later it would be realized that it was their own daughter behind the cerulean visage – the very physician who had warned against isolation. Yet, she was twice as infectious as any other. With every flung droplet of sweat, with every passing brush of exposed flesh, she spread a sickness of her own design, her advanced craft having allowed her to engineer a curative epidemic so furious it would eventually wipe clean the plague of irrationality already incubating in the population.

For that evening, however, the mask simply grinned.

Tagged as bioengineering, chiller, horror, plague, Science Fiction, The Masque of the Red Death, The Melancholy