This week’s episodes are brought to you by Gatecast!

Tonight, as the change of seasons brings the classic tales to mind, we hear of the current and future inhabitants of a house with a tragic past.

Rosalee Holt had been carrying the weight of her burden for three months, and if she didn’t offload it soon she’d be an endless joke around the office – as if she wasn’t already.

Giving her make up a final check in her BMW’s rear-view mirror, she sighed and pushed wide the car door.

Her client awaited her on the curb.

Seth Prince tugged at the rolled sleeve of his button-down and replied, “oh, I’ve been ready to see it for a long time, it’s paying for it that I’ve been worried about.”

They turned towards the house as they spoke. The third floor was dominated by a parapet, the middle by a series of round windows, and the ground floor a massive, peeling, white porch.

“I hope you convinced the seller to knock off a few bucks to cover re-painting,” said Seth.

“If this place was any cheaper they’d be paying you to take it,” replied Rosalee. She was all too aware that the dry chuckle that followed rang hollow, but, to cover her concern, she adjusted her blazer and stepped onto the cobblestone driveway.

“Originally built in 1920, this is a carry over in the Victorian style…” she began, and Prince was left to chase her words through the entrance. 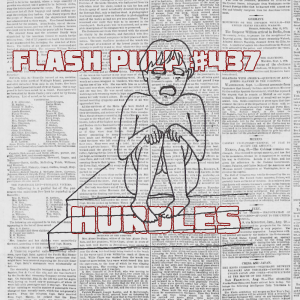 The tour about the lower floor – parlour, front hall, kitchen, dining room, and an ornate, if small, bathroom – went smoothly. It always did.

As they mounted the stairs, Prince filled the air with small talk regarding his mother.

“She hates clutter. Has ever since the accident. I was only fourteen at the time, but after Dad died, and she was injured, she refused to have anyone over anymore. I guess I get a special pass because I’m her son, but she’s the sort who’d rather invite you out for dinner, and pay the bill, than have you come over and seeing smudges on the plates or a cobweb in the corn-”

Upon the topmost step sat a child, of perhaps five, wearing only a sagging pair of jockey shorts. Though his edges seemed indistinct, and it was hard to focus clearly upon his details, it was obvious that his lungs hitched as he sobbed, and his ribs rippled with his angst.

Yet his wailing made no sound.

Standing but an arm’s length away when the child had come into view, the pair turned to each other. Rosalee’s eyes were wide, though Seth noted she seemed more concerned about his reaction than the gaunt newcomer. He shrugged.

The child seemed to find much sport in this, as his mouth stretched into a smile full of broken teeth as he sprang to his feet. He clapped, and again his display was without noise – then he scurried away at top speed, appearing to giggle as he disappeared through the nearest of the hall’s doorways.

There were five such entrances breaking up the passage’s floral wallpaper, and at the far end, opposite the landing, a second set of stairs led higher still.

“This is a library, I’m not sure how much use it is to your mother though,” she said, her arm giving a grand sweep. She’d intended to add a flourish in revealing the impressive collection of antique shelving and the sturdy mahogany desk that dominated the center of the chamber, but instead she was left feeling as if a magician’s apprentice demonstrating that the boy had disappeared.

“Actually,” replied Prince, “Mom loves reading and has quite a collection. She has been filling rickety shelves for years, in fact, which is why I was excited to see these photos in the online listing.”

Rosalee attempted to pull on a smile at the response, but instead settled for taking her own turn at shrugging.

“This could be a TV room, though you’d need to have service installed. All of the moldings are original to the house’s construction and -”

A parade trailed from the empty room across the hall. Seven forms, no taller than the boy who’d been upon the stairs, came into view, their faces indistinct but for their flashing jaws. In utter silence they formed a circle about their visitors, and their mouths began to work at a soundless tune.

The ring of held hands began to shift left to right, and the scene played out for a full minute – then the children collapsed in a heap, their mouths bobbing with hushed laughter.

Closing her eyes, and taking in a deep breath, Rosalee stepped over the mute cacklers and continued the tour.

The third floor was dominated by the parapet and a space that was really nothing more than an attic converted into a bedroom at some distant point in the house’s apparently horrific past.

A single window opened onto the steepled space, and the dying light of the day stretched across the dust that had settled on the slat floor.

Though the tour had achieved its final room, Holt asked that her companion wait. Within moments a new sort of procession formed. Though their eyes and mouths held no solid form, Seth recognized the dancing children as they approached, each shuffling through the door and collapsing upon their knees and bowed backs as they passed into the low-ceilinged chamber.

Finally, as their death throes played out about her feet, the real estate woman finished her pitch.

Her eyes were heavy as she gazed upon the fallen forms.

“I have tried to sell this house a dozen times. Most don’t believe what they’re seeing, but none have ever given me a callback or even asked to return to record this place’s shamblings. I did try to get a TV crew in here once, but the kids – I think they have some sort of understanding of what’s going on. They’ve never hurt anyone, they’ve never made a sound – just as I told you – but… well, you’ve seen it now. You understand where I’m coming from.”

“Yeah, but do you – do you know where THEY come from?” asked Prince.

“This used to be an orphanage, way back in the unregulated glory days. The woman who ran it took off and told the kids she’d be back in three days – told them to feed themselves from the pantry and not let any police see them or they’d be broken up and taken to the clink.

“At least, that’s what I read. The news reports from the time figure they made the mistake of mixing some potent rat poison into a stew of leather shoes and half-rotten carrot tops they were trying to make.”

Some of the dead upon the planks began to tremble, but it was difficult for either of the living to discern if they were again playing out their dying moments, or if the mention of their sad fate had set them to weeping.

“Well,” answered Seth, “my Mom, who would not believe you about these ghosts if you told her thrice, raised me as a single mother. She was there every night at the kitchen table, doing her damndest to help me – be it with my grade five geometry homework or with my bar exam last year.

“The wreck may have blinded her, but, now that her efforts – our efforts – are starting to show results, at least it means I’ll be able to pay her back a little.”