FP455 – The Haunting on Cedar Crescent

Tonight we present The Haunting on Cedar Crescent

This week’s episodes are brought to you by Glow-in-the-Dark Radio!

Tonight we visit Ruben Clay, a man alone in his haunted house.

The Haunting on Cedar Crescent

For the fifty-first day Ruben Clay rose to the smell of freshly brewed coffee. The heating system had not yet kicked in, as Addie should have been twenty minutes from finishing her run, but the combination of his bladder’s pressing concerns and the wafting promise of caffeine was enough to push him out of the bedroom, down the short hallway, and into the bathroom.

The house, still technically in night mode, followed his movements with no more lighting than was necessary to maneuver, and the soft glow over the sink did little to break up the red stain of dawn creeping through the window.

“Good morning,” said Addie’s voice as he entered the kitchen.

She’d always been the one to tend the system, and she’d left the customized responses to keep him company while away for a two-week job training session in California. The few dozen phrases she’d sat and recorded into the white box in the basement, one Saturday afternoon in June, had been quickly forgotten upon her return – at least until fifty-one days previous. Summoning her voice had been the single alteration to her setup that he’d allowed himself.

“It’s going to rain today,” said one of the six weather clips, and, without being asked, the television – visible from the counter’s raised position atop a short trio of stairs – blinked on in the living room. Here, again, was Jonathan Miller, the morning guy, delivering the usual bad news from a too-loungey couch while flanked by a couple of interchangeable blond women who would be rotated out of service when they hit twenty-five.

Ruben hated Miller for having such an indecently bright smile at such an early hour, pitied the blondes for their cloying attempts to make a mark before their expiry dates arrived, and damned himself for letting the thing unspool for a full ten minutes before reaching for the remote.

He had never, and would never, understand what she’d seen in the show, and he remained convinced she’d watched it solely because it had been her father’s habit even back when Miller had only been able to afford one brunette and a bottle of peroxide.

Or so he’d used to joke. She’d never laughed, but that hadn’t stopped him from saying it.

The coffee was strong, but today that was just fine. For a time he sat in silence, listening to the hum of the house as the climate control applied flame and wind to rooms that no longer contained Addie – to rooms that never would again.

Eventually he stood, dressed for work, and prepared to depart.

As he pulled wide the door and prodded the alarm system to engage with a five minute delay, the house reminded him, “it’s going to rain today.”

He’d grabbed a jacket and locked the entrance behind him with two minutes still on the timer.

The downpour came late in the day, but it was more than simple rain – it was, in fact, the sort of thunderstorm seen but once or twice a spring; the sort of gale that leaves a week of downed trees and chainsaw-wielding city workers in its wake.

He returned to an unusually quiet house, a house whose mechanical tone stated, “there has been a power outage, please restore settings,” at regular intervals. 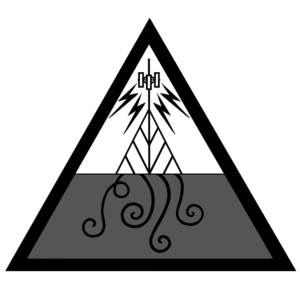 It’d been fifty-one days since the teen in the red pickup had slammed into their Lexus, yet the ghost of her habits had haunted the place on automatic timers until that moment.

Ruben waited out an epoch in that doorway, his laptop bag in hand, his eyes stinging, and the place feeling as empty as he had ever witnessed it. Finally, when he could stand the strange voice’s coaxing no more, he made his way to the basement, and the small white box that acted as his home’s brain.

To his surprise he lingered for an instant, then he thumbed the backup labelled Addie.

He spent the rest of the evening listening to the hum of the house breathing through its ducts, until exhaustion finally pushed him towards bed – or, really, the brief list of chores he needed to accomplish before allowing himself the respite of unconsciousness.

A second fleeting doubt hit him then. Wasn’t he just loading the coffee maker to avoid the smell of burning he’d awaken to otherwise?

Was he wiping away her existence with such thoughts?

He retrieved a fresh paper filter and dumped the mass of ground beans into the waiting hopper.

Was he trying to fool himself into thinking part of her was still alive as long as their shared home behaved like she was? Shouldn’t he reset the automatic timer and begin to recapture the house in small steps?

It was the first moment in nearly two months that he’d allowed such a notion to occur to him, but, even as he did, the lights at the far end of the house began to dim, the rooms falling hush around him: Time for bed.

The last of the glow lit his path down the hall, his shuffling feet dragging from another too-early morning.

Yet, though he’d only been able to briefly consider conducting the rituals necessary to clear her ghost from the house on that fifty-first day, tomorrow would be the fifty-second.