Tonight we encounter an unexpected series of visitors.

The rear door of the chugging hatchback opened with a hushed click, and Tori Garza, thirty-eight, felt her Honda shift and tilt under the mountainous stranger’s settling weight. She’d known something like this visit was coming, yet the newcomer had caught her sitting in the driveway as she waited for her two children to finish filling their pockets with electronics, gum, and beloved formed-plastic figures.

The invaders eyes’ were covered in the thick black plastic of a style that wouldn’t have been out of place on a blind man, and his brow was lost beneath the low-hung brim of his maroon flat cap.

Across the street, in front of the Mitners’ empty house – Peggy being at work and Anthony having taken their little ones out for an afternoon of overpriced pizza and ancient videogames at the local Chuck E. Cheese – stood a second intruder. Though he too wore tinted glasses, his bald head was exposed to the sun and his dark jacket a little too tight to be buttoned without making the bulge beneath his left armpit noticeable.

“If you’re here to murder me then get it over with before the kids come out, please,” said Tori, but, though a cold blade did come up to touch the side of her neck, she received an answer even more horrifying than that which she’d expected.

“No, I wasn’t hired to kill you, I was hired to ruin you,” said Mr. Backseat, and he tilted his head toward the window. The man in the black nylon jacket began to shuffle towards her front door. “My associate is a fellow of especially low moral fiber, though I suppose I shouldn’t talk out of school on the matter given the questionable nature of my own shaggy philosophy. Still, when it comes to executing tykes there’s no one as excited, or as skillful, at the job.”

“You won’t get away with this,” she replied. His brow stiffened at her tone. The fear he’d heard before placing the weapon to her neck was suddenly gone – now that the mother knew she herself was in no immediate danger, she seemed calm. Was she as cold as his client, who’d employed the pair to murder his own children?

Mr. Backseat wouldn’t have called the chill along his spine fear – he might have laughed it off as something like professional admiration if he’d thought on it at all – but his attention was on his partner’s slow progress.

His gloved hand tightened its grip on the knife’s handle nonetheless.

He cleared his throat. “I’m sorry, but YOU won’t get away with this. You’re going to claim two large men did it while you were forced to sit and watch, but there will be no prints, no unsightly signs of violence. No one is going to believe you. Better yet, if you resist or attempt to stop us, I get to rough you up a little. I hold a degree in applying self-inflicted injuries and a doctorate in ensuring only those witnesses I want are on hand.

“Remember, especially in light of the lack of spectators, that if you should attempt any heroics I will be forced to make it look like a murder/suicide. I think we can agree that such an outcome would be disappointing for all involved.”

As the fisherman expects a tug on his line when he knows a potential meal is nibbling at his bait, the cap-wearing man instinctively expected some physical response – a twitch, knuckles whitening on the steering wheel, perhaps a slow move to unbuckle her belt – but he received no such satisfaction.

Instead Tori simply sat and watched the front door.

The intended murderer knocked twice, ignoring the bell entirely, and there was a pause both in the car and upon the stoop as he awaited some reaction from inside.

It was Luther, five, who answered. He was small for his age, his brown eyes too big for his tiny face. He might be a heartbreaker someday, if he lived that long, but he currently reminded his mother of nothing so much as one of the characters from the saccharine mangas his older sister, Selina, obsessed over.

Those within the car could not hear the transaction between child and intruder. The man in the backseat braced his arm and tightened his legs, his reflexes working to keep the situation under control should the boy’s mother attempt to run, scream, or otherwise provide some warning to the too-friendly kindergartener.

The killer’s lips moved into a wide grin as he offered his hello, and Luther’s response seemed short and welcoming. Reaching out a smooth-skinned hand, he wrapped his fingers around two of the visitor’s thick digits, then, with little more than a glance at his waiting mother, showed the stranger into the house.

“It’s fine if you want to cry,” said the blade-holder. “The officers will expect it one way or another, though they may think you’re faking it.”

“I’m fine,” answered Tori. Her words floated out on a breeze, as if she were instead more concerned with formulating a mental grocery list or what movie to rent to fill up her newly-single evening.

“Are you?” asked the professional, his occupational pride pushing him to press his weapon further into her flesh. A single droplet of blood drained along its stainless steel edge.

“Are YOU?” replied the woman, her eyes finally coming to focus on the black plastic across the bridge of his nose. It seemed to him in that moment as if she could see through the tint as clearly as the windshield before her.

That was when his plan began to fall apart.

It began with music – familiar, yet he couldn’t place it. Behind his sunglasses, the goon stiffened.

Every orifice of the house was forced wide. Screens were popped from their frames and doors were left swinging to the wind. Even through the Honda’s glass the thick rhythm of Casio keyboard and guitar began to overwhelm the hardened intruder.

As human forms began to splash from the home’s now gaping mouths, the ruffian’s hand, distracted, slipped away from its tight position against his victim’s skin.

Men, women, children – even a dog in a custom-crafted uniform – began to tumble onto the grass, their landings quickly turning into an ongoing frolick. Some took each other’s hands and formed rings, dancing to the thick percussion of the tune. The shorter among them ran circles in and out of such gatherings, and the tallest took to a hand waving dance that bordered on a war strut.

Each one wore a small paper sign set upon a string about their neck.

Two dozen figures turned into a count of nearly a hundred, and finally the man in the black nylon jacket reappeared. He was held aloft, his arms and legs bound to one of Tori’s kitchen chairs, his sunglasses lost somewhere within the shadows of the darkened home.

Luthor led the parade that carried him onto the lawn, his arm flailing with a wooden spoon counting out the music. 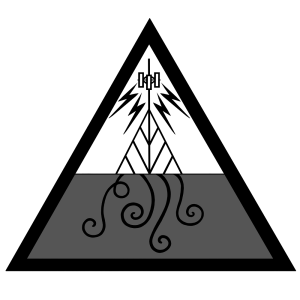 The man in the backseat was suddenly certain that he was, in fact, suffering an aneurysm and end-of-life hallucination, or that his youthful indiscretions with high-powered narcotics had finally come back to haunt him with an atomic-level flashback.

It was neither case, but his trepidation was distraction enough to allow Tori to unbuckle and slip from her seat, joining her son in his victory march.

Though she wore the plain jeans and pink hoodie she’d intended to sport at the mall, Selina was there as well, her own oversized disguise bouncing about on her capering head. Otherwise each shape – tall, small, round, or slender – wore the same outfit: A cheap black suit and a rubber mask displaying a pasty face sporting large black mutton chops.

Two weeks previous the despondent mother had wept upon her keyboard as she crafted her plea: Would The Achievers help in such a mundane, yet so threatening, situation? She had read Internet whispers that the group might, but she had not even truly believed in their existence until the first of the volunteer vigilantes had arrived: A college student of twenty-three, her mask out of sight and a sleeping bag beneath her arm.

What had been a slow moving and lonely divorce, filled with threatening late night phone calls and tears carefully hidden from her children, had then turned into an unexpected two-week sleepover. The basement floor had become a game of slumbering Tetris, the laundry room an industrial operation cheerily handled by more hands than Tori had ever housed previously, the oven a constant source of handcrafted stews and homemade breads.

Without warning the assailant still seated in the Honda recalled where he had encountered the music before: It was the extended theme to a show his father had watched religiously, Law & Order.

The sirens he heard soon after were not from the soundtrack, however, but by then the dancing mob had disappeared, leaving two duct-taped monsters, a memory stick containing Mr. Backseat’s unknowingly recorded blatherings, and a story the police would never believe.