Tonight we present The Murder Plague: Turnabout, Part 2 of 2

Tonight we return to Capital City where Harm Carter, father and former military man, has been contending with the homicidal paranoia inducing illness that is The Murder Plague.

The Murder Plague: Turnabout, Part 2 of 2

I awoke to a conversation that went something like:

“Told you it was worth waiting.”

“Easy for you to say, I was the one leaking fluids while lying across the road in the middle of a war zone.”

The chatter wasn’t what struck me first, however. Of note was: 1) I was in a moving vehicle. 2) There were street lights rolling past the windows.

It’d been weeks since I’d seen electric illumination beyond the glare of my flashlight and the occasional glow giving away some poor fool’s hiding spot. That sort of luxury was simply one of those things that had slipped away with the rest of the civilized world.

My hands had been zip-tied together, as had my feet, and I appeared to be laying on a bench seat in the back of a Prowler car – you know, the silent little electric-buggies that Rambo used in First Blood Part 10 to sneak into the Jihadi base.

If the female voice complaining about leakage was Jennifer Galt – Ms. Atlas – then, I assumed, the smart-mouthed guy behind the wheel must have been the fellow the press referred to as “Head.”

Noticing that I was shifting around in search of a comfortable position, he asked, “Are you lucid enough for questions? Because I’ve been wondering: Can you really call it a “war zone”? I mean, sure, there are a lot of the elements – gunplay, occasional explosions, loose body parts floating around – but it’s really all one-on-one. Don’t you need two or more semi-organized forces to really call it a war? Isn’t it really more the case that the East Coast is one massive crime scene?”

And that’s when I realized, strangely, that I hadn’t considered killing either of them since opening my eyes. I really was lucid.

It soon became obvious I was on the far side of the military barricade across the Lethe River, somewhere within the infamous Buffer Zone where anyone not wearing a uniform was likely to be shot on sight. We stopped at a makeshift command tent that had been set up on the lawn of an evacuated suburban McMansion. It looked to have been built from the same cookie cutter mold that created the neighbourhood I’d been hiding in: White siding and faux-brick exterior, two car garage, grass that hadn’t seen watering since the apocalypse had begun. 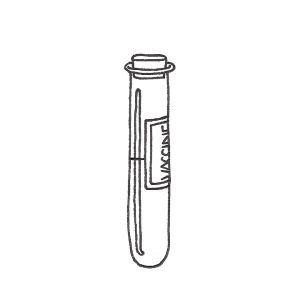 Long story short, they’d been looking for me since the incident with the armoured personnel carrier, some weeks previous. I’d been on the cusp of infection at that point and hadn’t thought much of the military since. Apparently they’d been thinking of me, however, as Atlas – Jennifer – explained.

“Right now there’s only a few dozen doses of the cure, so we need to use them strategically. The problem of course, was how? Who is higher priority than who? But once the word got back that someone had spotted Harm Carter, gore soaked hero of the zombie war – likely the third most important figure in solving that whole shambling mess – command got excited; and who better to go fetch him than an old pal from his tin can days?”

I slept then, because I knew I’d need it, and because you’re never really resting when you suspect every shadow of containing a rabid knifeman.

It was clear by the gentle tones of the medical staff, the gurney they lowered me onto, and the way they left me mostly alone in a tent full of high-powered drugs, that they thought I was going to be an invalid for a few days. You can always tell when such undertakings are considered serious business when the practitioners strip you of your pants.

I’ll admit to doing very little to dissuade them of that notion, though I worked hard to keep my blankets pulled up and my hospital-style robe closed.

The next morning Atlas, Head, and the two Brits newscasters call The Lovesick Twins came through with a gruff old man whose name I didn’t recognize but whose rank was apparent despite his lack of insignia.

They wanted to know everything I could teach about the nature of the plague; how I’d survived, the sort of resistance I’d met, and any hints I might have as to how not to be shot, stabbed, or blown-up while attempting to distribute the vaccine.

Though cured of Hitchcock’s, I’ll admit a few of the reflexes lingered. During story time, which lasted most of the daylight hours, I managed to glean that I was not only cured, but was also now immune. I learned that the whole world hadn’t fallen – outbreaks were being fought abroad and on our own soil, but that the need for bodily fluid exchange had slowed the march enough to set up holding lines.

My deposition remains classified, but, if I’m honest, it was essentially everything I’ve told you up till now anyhow.

They recorded my explanation, asked questions here and there to clarify, then left my poor broken self to recoup.

“Need anything?” Jennifer had asked as they departed, and that’s when I put in a request for pants.

It’s funny, up until that point I hadn’t really known if I was going to carry out my plan or not. Was I being foolish? Had the disease cast some shadow across my brain they had not considered in their medical diagnosis?

No. I was just a fellow who’d been left in a particularly valuable tent, a man who had things to accomplish, a man who had just been gifted a pair of ill-fitting slacks.

When I was finally alone with the hushed beeping of my equipment, I stood. There was enough slack in the cords running to the various monitors that I could maneuver a bit about the room, and I was left to prod through the carrying case they’d left so carelessly on the folding table where the doctors also wrote up my reports.

I wasn’t greedy: There were eight vials within, each labelled as one dose. I only took two, a handful of syringes, and a black plastic garbage bag in which I could wrap the whole package. I taped it all to my chest with surgical tape, then I took a peek through the flaps.

Spotlights roamed the streets beyond the perimeter. The rattle of dinner plates and hungry conversation drifted from another temporary structure a few lawns down.

That’s when I flipped off the switches, pulled away the sensors, and crept out to the silent prowler, parked not far from where I’d lain.

My daughter was out there. Becky was of no strategic value to anyone, Becky had no history or connections to swoop in. Who would save her if not one of the gore soaked heroes of the zombie war?