This week’s episodes are brought to you by The Way of the Buffalo Podcast!

Tonight, Will Coffin, urban shaman, and Bunny, his recovering-alcoholic apprentice, must pay a call to a hairy situation in a suburban home.

It was dusk as they arrived at the faux chateau surrounded by its moat of perfectly squared hedges.

“You know, it’s in these Leave it to Beaver houses that poor motherf#ckers such as ourselves get themselves murdered,” said Bunny.

“Maybe, but they offered cash and rent will soon be due,” replied Will. He gave the doorbell a second stab, but this time he left his finger on the button.

The entrance swung wide, and a tall man with a head full of tight black curls stared down at them from across the threshold.

His gaze shifted from Bunny’s ragged jeans and denim coat to the Coffin’s thick leather jacket.

“We’re here about your son,” replied Will.

“I -” started the man, but he seemed to think better of it. His eyes had fallen upon a button pinned to the apprentice’s chest that read, “Make tacos, not war – unless someone tries to take your tacos.”

She was not unfamiliar with the conclusions such suburbanites might likely jump to, however.

“Yeah, yeah,” she said, “my friend looks like one of the kids from Grease fell into a bad horse habit and I look like I was rejected from a Whitesnake video twenty years ago and just couldn’t f#ckin’ let it go – but, what, did you expect a couple ###holes in velvet-robes? You figure that hobbit-fondler Gandalf is gonna tap at the door and blow you some goddamn smoke rings?

“Open up and let us in before your kid starts making the local sheep wranglers and burgermeisters nervous.”

Will winced at the delivery, but it seemed to be an alien enough reaction to convince the man that they were the mystics in question.

He stepped aside, saying, “I’m Martin.”

The front hall contained a tasteful selection of vases, filled with dried plants, and large nature photos, whose frames spoke of false age and a love of Pottery Barn.

They found the boy at a broad mahogany dining room table. His mother sat to his left, her lips tight, and, assuming no one sits that close otherwise, Bunny guessed the pushed-back chair to his right meant they’d interrupted a tense family conversation.

“Jackson,” said the father, “this is Will and Bunny. They clai- uh, they’re here to help you.”

Before the eighteen-year-old might reply, his mother extended a dry hand across the vast polished surface.

The coaxing kick she delivered to her son’s ankle, though well below the depths of the table’s surface, was hardly subtle, and the teen rose to repeat the round of palm grabbing.

“Thank you for coming, but I don’t-” began Jackson, until a second, firmer, kick landed.

As Martin retook his position flanking his son, Anita dug into the matter.

“We realized a month ago. I’ve been to every library and spent hours on Google, yet – well, there’s a lot of superstition and junk science, but no answers.”

Though Martin motioned towards a chair, neither the shaman nor his companion chose to sit.

“You say you realized a month ago, how long has it been going on?” Will asked Jackson.

Coffin raised a brow at the youth.

“Half a year? That’s quite a while to wait before seeking help?”

“Stop interrupting like he’s f#cking Taylor Swift,” she said. “No wonder you had no clue until recently, kid probably didn’t want to open his mouth in case he caught some of the bullsh#t flyin’ through the air in his teeth.”

Anita and Martin sat, bolt upright, but Coffin could only shrug. He wanted to get paid, but also wanted to do it in a timely fashion.

It was Jackson who broke the silence.

“I need to show you something in my room,” he said, and, without making eye contact, or awaiting parental approval, he headed up the stairs. Anita and Martin moved to also stand, but Coffin shook his head twice and retrieved a long silver chain from his pocket. An intricate hook that looped and wound in on itself hung from its tail, and trapped upon the intricate curve was a plug of glistening meat. 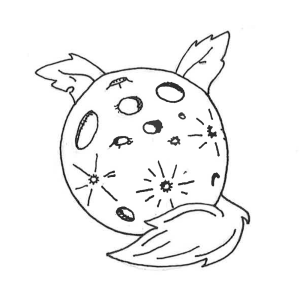 Though Will had no intention of using the arcane artifact, its off-putting appearance was enough to convince the parents to remain in place while Coffin and Bunny followed the slouching ascent.

At the top of the flight they took a left and entered a dustless room filled with evenly-hung posters.

The Coffin was formulating an attempt at a fresh start to the conversation when his eyes took in the chamber’s true nature.

Here was a poster of a fuzzy blue hedgehog hugging a rather well-muscled anthropomorphic lion, and next to it a hand-sketched image of a reclining bipedal fox.

Before either the mystic or his student could comment, the room’s owner’s voice landed as a mix of plea and anger.

“I don’t see what the problem is, I feed myself every time – I even learned to bake my own honeyed ham! – and I’ve never hurt anyone, why can’t they – why don’t you just leave me alone?”

Will’s eyes narrowed. “You’re pretty lucid under the influence? You’re sure you’ve got yourself under control?”

“Must be the Grecian strain.” replied the Coffin, his voice distant.

“Have you told them why it happened?” asked his apprentice.

“No,” answered Jackson. “They don’t want to hear it anyway. They just want the problem to go away.”

Bunny snorted. “Even if we yank your tail off the truth is you don’t need a f#ckin’ exorcist, kid, you need a family counselor.”

“You know,” said the shaman, his jacket creaking as he settled onto the nearest corner of the firmly-made bed, “folks with, uh, your sorts of interests are really the vestigial remnants of an ancient age. There was a time when the gods themselves, bunch of sex maniacs that they were, would come down in the form of goats or swans or bulls just to rut – and no one thought twice. Now they call you a furry, but back then they’d have signed you up for an obscure, but respected, holy order.

“I’ll make you a deal: Give me the name of whoever infected you with your lycanthropy and I’ll come around every full moon to ‘bring you to a safe place.’ Just don’t tell your parents that I’m dropping you off at a private club across town called The Fur Ball, and be sure to wear proper protection – oh, and that my monthly bill gets paid on time.”