Tonight, we report on unpleasant and indecent acts as they unfold across Great Britain. This episode, dedicated to Captain Pigheart, is definitely not safe for children, workplaces, or your parents.

The Irregular Division: Hostilities, Part 2 of 3

We have reports, most from what remains of the BBC, that Great Britain has been the target of a well-coordinated string of bio-weapon attacks conducted by an unknown group of aggressors.

Indications began to crop up on social media feeds around 10PM London time, and it has been confirmed that an emergency declaration was made to European Union officials, by British parliament, shortly before midnight.

Though transcripts of the conversation have yet to be released, the discussion was obviously dire: A naval task force was immediately deployed, and fighter jets scrambled.

No official tally has yet been provided, but witness reports from one Princess Cruises ship, re-routed from its Brest-to-Plymouth course by military vessels, claim that at least three fishing-class boats were sunk within view of the vacationing families watching from the liner’s balconies.

Aircraft were also targeted, as cellphone photos of wreckage, taken in the northern provinces of the French countryside, have surfaced online. Though currently unconfirmed by Citizen staff, information on the ground is that all lives on EasyJet flight U2-7142 have been lost. It is unclear if the infection had spread to the passengers and crew. 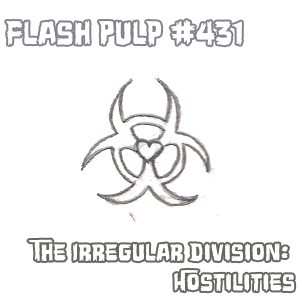 While every death related to this incident is an unfortunate loss, it appears the hastily erected quarantine blockade is holding.

Satellite and fly-by imagery was hampered during the night hours, but dawn has found a very changed island.

Social media reports seem to indicate rioting, but no observers were prepared for the swathes of human flesh that they were presented. While the plague’s transmission mechanism has yet to be determined, it is clear that close contact is more than enough to spread the epidemic.

One man was spotted sprinting away from a crowd in a panic, along the Liverpool docks, only to stop some dozen feet ahead of his pursuers, possibly due to a shift in the wind. When he halted, so too did the twenty to thirty revelers behind him. He immediately began to strip, first removing the scarf he’d wrapped about his face and the goggles he’d been wearing but not stopping until he was completely nude. Though the crowd howled at his display, they could not join him in disrobing: Each was already in a state of undress.

It is reported that those giving chase were endlessly grabbing at each other, and themselves, in their anticipation.

The merchant ship that spotted the activity, its Norwegian crew having drawn up its entry at the earliest indication of trouble, cut ties from the shore and moved into open water once it was obvious that, after an hour’s brutal sexual interaction, not all members of the clench had survived the ongoing copulation.

However, as of press time, the sole government-acknowledged release has been from the European Centre for Disease Prevention and Control, who set down a light aircraft at the Manchester airport at approximately the same hour as the incident reported by the Norwegian crew. For reasons of expedient public disclosure, the center’s visual link was provided to news sources uninterrupted and unedited.

Video from the cockpit shows two armed analysts moving from the plane only to be caught up in a tide of naked humanity flowing from the terminal in search of a target to sate their lust. Though the recording provides no audio, the pair can clearly be seen attempting to retreat from the flood until their suits are breached by groping hands. Once their barriers are violated, both members of the ECDC strip away their gear at top speed, their tongues making lewd gestures towards the infected even before they were free of their suits.

What follows is a horrifying sight: The group falls to the tarmac as a single pulsing mass of limbs and genitals, and remains there for the majority of the broadcast. In the end, just three of the dozens who entered the frame stand to depart, the rest having evidently died of dehydration, exhaustion, or simple brute injury during the act of mob fornication.

Though the survivor is not visible, a slight shake then indicates the plane’s engine was restarted, and the perspective swings to an empty runway.

The remaining lovers – two men and a woman – turn as one at the noise, running directly towards the small plane’s single prop. Though the males’ libido is clearly on display, the look of hunger in the trio’s eyes is perhaps what is most unnerving. The fervor remains unchanged even as the group move to embrace the escaping craft. While the view provides little detail, it is clear that their embrace of bone and meat is enough to damage the propeller, and the final seconds of the transmission are a quickly approaching utility hangar.

There is no confirmation as to if the pilot perished in the impact. Perhaps it would be the better option.

As of the time of this printing, millions are expected dead.