This week’s episodes are brought to you by Green Light, Red Light

Tonight we present a tale of modern terror and psychedelic incidents, unfolding, before the astonished eyes of a mother and child, on a Capital City backstreet.

They were sitting in front of Fas’ Gas & Lotto, and Mom was thinking.

Cassandra knew this because Mom, as she often did, had said, “Mom’s thinking, Doll,” when she’d told her she had to pee.

The eight-year-old was aware she shouldn’t press the issue. Eventually her mother would either remember the question, or the girl would simply wait until a safer stop. She’d mapped out all the best places along the twenty block sprawl that was their nightly stroll.

It was tempting to slip away and ask Phil, the hard faced counter jockey who watched the 24-hour gas station, but Phil had a tendency to be mean to Mom, and, besides, her mother would grump if she were done thinking and didn’t have Cass at hand to soothe her.

Waiting to be dragged along by a flopping Raggedy-Ann arm was Cassandra’s best bet, and she had mastered patience in her long walks.

After a time the woman stirred, but Cassandra’s brief prospect for relief was knocked back when her caretaker refilled her glass pipe and leaned away in an unsubtle act of subterfuge. Still, reflected the eight-year-old, at least she wasn’t burrowing in her arm with the unbent tip of a paper clip this evening.

The sight always left the girl quietly upset, however necessary her Mom insisted it was that she dig the gnits out.

Down the block and across the street, a newcomer with braids appeared. She was wearing a black suit. It looked fancy, but not quite a tuxedo. Cassandra had rarely seen anyone so dressed up.

Without thinking, she asked, “isn’t that the lady who asked to take our photo?”

“Mom’s thinking, Doll,” came the reply, and Cass was relieved it wasn’t accompanied by a sharp pinch as a reminder of the importance of silence.

Earlier in the week the stranger had stopped and held up a camera. That too had been a wondrous sight, as the girl had only ever seen people take pictures with their phones. She’d been embarrassed about her eye, though now the bruise was nothing more than a shadow of yellow and green.

“My name is Molly,” the photographer had offered, but she knew Mom had been too busy thinking to remember such a thing. When she was so lost in thought her mother rarely retained any of the conversations they had with passersby. 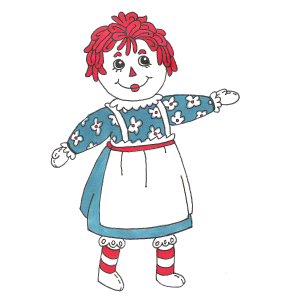 Though Cassandra hoped she might again come and say hello, the woman disappeared into the shadows beside the Washeteria laundromat.

For ten minutes the street sat still, the buzz of distant traffic acting as the sole indication that time was passing, then the parade began.

From the Washeteria’s alley, a drummer in a suit not unlike the one she’d thought she’d seen the photographer in, came strutting at full processional pomp – yet his flailing sticks made no noise as they landed upon his snare.

Her jaw wide, Cass turned to her mother, but the woman’s focus was solely for her feet.

The girl knew better than to interrupt her thinking, but she was sorely tempted when the soundless bagpiper followed the drummer’s lead out of the laundromat’s lane way.

This second musician was dressed identically to the first, down to the same rubbery white mask, with unnecessary sunglasses and hairy black chops painted across the cheeks. She was far too young to recognize the metal band leader’s visage, but five more appeared, bumping between with the sidewalks as they held aloft the tail of a yellow and red Chinese dragon.

The hushed shifting of cloth was not enough to rouse her mother.

The beast made as if to catch and eat the mum piper, but, just as its mouth was about to close on the unnoticing performer’s puffing cheeks, a knight stepped from the alley, a mute cheering crowd of peasants behind her.

Cass knew the warrior with the braids cut through the rear of her disguise was a knight, as she wore a plastic breastplate over her suit jacket and carried a toy sword. The serfs, a group of ten distinguishable from the others in duplicate costumes by their corn sacks, flailed their arms in adulation as they trailed their defender.

For a moment Cassandra thought she spotted her own twin within the tumult of the small mob, but then the knight was upon the monster, and it was all the girl could do to not disturb her mother by cheering herself.

The dragon dived, the knight ducked. It swiped it’s tail, she swung her weapon. Plunging her blade deep, the champion slayed the beast’s fabric, and the parade disappeared beyond the corner.

A hushed hour passed before she sobered up enough to realize her suddenly silent daughter had been replaced with a life-sized doll, accurate down to the gap toothed grin and a blackened right eye. The woman knew nothing of 3D printers, but, if she had, she would have recognized their work in Cassandra’s perfect plastic replica.

It would be dawn before she was sure she wasn’t simply high and hallucinating, and another six months before she could convince Cassandra, and The Achievers who had taken on her guardianship, that her daughter should come home, as she would now treat her like a real girl.