FP411 – The Irregular Division: In the Beginning

Tonight we present The Irregular Division: In the Beginning

Please be forewarned that this episode contains scenes of violence and strong language intended for mature audiences.

The Irregular Division: In the Beginning

So, apparently this blog is now considered government property, along with the rest of me. As such, I’ve been instructed to post my version of how our little family came together. I suspect that means they want me to tell you the happy tale of Operation Pancake Grid, but that’s not what I’m going to do.

In my mind, and maybe in yours if anyone other than the NSA ever bothers to read this, everything started at the McDonald’s in Tucson.

Given the layout, I could’ve been walking in the same store I’d visited in San Fran for breakfast or on the outskirts of Vegas for lunch. I came in the door beside the counter, and worked hard to ignore the squealing from the ballpit while I ordered. Once I had another Big Mac in my hand I hustled around the ordering slab and took cover behind some plastic foliage. My ass was just starting to numb up on the formed plastic bench when the cast of a heart-warming sitcom about non-nuclear families took the booth across from me. The little girl couldn’t have been fourteen yet, but she spoke with the firm tone of a self-assured authority.

“I don’t care what Mom says, Dad, I don’t want to move again, and it’s not fair to make me go somewhere I can’t visit you.”

Dad, his well pressed suit looking a little out of place in the house of the Golden Arches, tightened his grip on his partner. The partner was really the wacky breakout character of the group: bright friendly eyes and black wiry hair on every inch of exposed flesh made him look like an old timey grizzled prospector.

“Hun,” says Dad, “you know we love you to pieces, but there’s nothing the court will let me do. You need to be a little older before they’ll let you decide where you want to be, and even in this day and age they’d still rather you tag along in a war zone with your Mother than let you stay with an old gay married couple.“

See, the problem is that I wasn’t in a position to use any public internet access. Normally I would’ve just logged in wirelessly and forgotten the world around me as my mouth drowned in secret sauce, but I knew certain unpleasant fellows would be ringing me up for an audience before I’d even hit Google. There was definitely something compelling about the girl’s oratory though, she’d’ve been a general, a politician, or a CEO given the time.

At a My Little Pony pitch, she started, “I don’t give two shits about those asshats from court. You actually listen to me. You actually care about –“ then Dad interrupted.

“Whoa, hold on. Your Mom might not take a lot of input, but if you seriously think she doesn’t care about you, you need to pull your head out of your butt. She does have a set of standards she lives by, whatever the hell they may be, and for better or worse she’s trying to raise you to them. Mike and I love you, but so does your Mom, just in a different way.”

For a moment all mouths were full and conversation paused.

A smiling maw broke out of Prospector Mike’s face tribble.

“Hey,” he said, “she never moves for long, and both of you should calm down and cut her some slack, it’s not like she’s actually going overseas this time. I don’t think she can be blamed for heading to the coast to recoup, not all that unreasonable considering most of her body EXPLODED.”

Dad cleared his throat, saying, “Listen – “ and that’s when everything went to shit.

With my back to the wall, and my seat opposite the door nearest the washroom, I had no problem noticing the beaten black pickup truck roll to a halt at the curb. Made gigantic by its oversized tires, its shadow seemed to stretch right through the glass. The two hillbillies who took long steps down from the cab would have made Bo and Luke Duke piss themselves if they’d caught them out behind The Boar’s Nest. They made no attempt to hide their 12 gauges.

I reviewed all of this from under the table, of course. If anyone had been observing my booth they might have seen something akin to a blow up doll half doing the wave as it slid out of sight at high speed. I’d brought my burger with me in the hope that my tray would simply look deserted. Honestly, it was instinct once my brain registered a black vehicle coming to an abrupt stop, but after checking over what exactly I was dealing with I wasn’t convinced it had anything to do with me. They didn’t strike me as dressed up enough. That said, I’d also kind of envisioned using the rear door as an exit in case anyone did find me, and hadn’t really thought through that they might not enter from the front of the store.

All of this happened within the span of a breath, and it was only as I watched their denimed knees scuffle past me awkwardly that I was sure they hadn’t noticed my duck and cover.

I named them by the condition of their jeans.

“Where is he?” shouted hole-in-left-leg.

“Fucked if I know,” replied frayed-at-cuffs.

Hole-in-left-leg went running to where the row intersected with the main serving area.

As he rounded the corner and into the Playland he parted a sea of panicked murmurs with his a repeated and plaintive cry of “Fuck!”

Frayed-at-cuffs began to pace the short length from the bathroom to the third booth in, obstructing any ideas I might have had of making a go at the exit, and bringing a repeated “Hurk!” intake of breath from Dad every time he passed.

“Would you cut that shit out!” Frayed-at-cuffs demanded, his voice cracking. 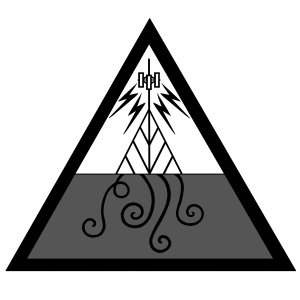 I was leaning a bit now, trying to see what was going on, and I made out that Frayed had gotten a handful of the girl’s hair and was pressing the shortened shotgun barrel against her temple.

“Listen –“ it was Dad’s turn now, “her mom is going to be here soon to pick her up and we don’t want any trouble and if you simply move on we’ll just sit here quietly and wait for her and everything will be ok because –“

Dad’s mouth had lost it, and it was obvious Frayed had decided a simpler solution might be had by simply swinging the barrel of his cannon around. It was then that Mike decided to make a play, flying off his bench and around the table even managing to push over Frayed without plugging Dad. That was the end of his luck though: As the hick landed heavily on his ass his shotgun let go. Down went Mike, missing a chin. That was also when the goon decided to look left, directly into my eyes. He jumped to his feet.

“SHUT UP! SHUT UP!” screamed Frayed, once again pressing the barrel of his gun against the girl’s temple. “TEDWARD! HE’S –“

At that point I frozen with the knowledge that I was absolutely fucked. I was staring at the murderous farmer, waiting for Tedward and the hole in his jeans to swing back from where the food is served, and I remember feeling a bead of sweat fall on my hand. I remember stupidly thinking it was raining.

Then the exit turned into a ball of glass and heat and light.

In the video it’s as if she just appears, a pistol the size of a small East Asian nation in her hand.

She said, “Michael? DAN? Nancy!?” in the order of surprised; upset; angry.

Frayed suddenly unfreezes long enough for his trigger finger to reflexively operate, and the top of Nancy’s head disappears.

Everything until then had felt like a rollercoaster, with the chain of events moving along much faster than even I could compensate for, but the world stopped at that second.

I know that all of the local recording devices bit it – that only those who were there heard the cybernetically amplified howl the media calls the “banshee’s scream” – but you don’t want a recording. Imagine the sound a humpback whale might make going through a meat grinder, impart to it the unknowable grief of a mother losing her child before her very eyes, and then amplify it to the point that .76 seconds of exposure leaves every customer and counter jockey in the restaurant stone deaf and bleading from their ears.

That’s when my memory stops, but my questionably-borrowed neural rig just dumbly kept gobbling up whatever my glazed gaze fell upon.

Deeply in shock I began to list to the left. Still, I have video of Mom – Ms. Atlas – closing the distance between her and Frayed like a rabid gazelle. The speed is such that you can barely see her arms move as she rips off his right leg at the socket, a stabilizing combat boot, peaking from below her sensible slacks, resting on his groin.

The spray of blood across my face is the last thing I witnessed before I thankfully fell into darkness.

Five days later I awoke, like the rest of the store patrons and staff, in a military hospital having my eardrums replaced by government surgeons.

Unlike the rest of the patrons and staff, however, there were two generals standing over me wanting an audience and an explanation – then they suggested that I might not go to prison over my stolen brain chip if I teamed up with their vengeful mother of a public relations disaster.

That, to me, is the day the Irregular Division formed.