Tonight, private investigator Mulligan Smith finds himself at the center of an online web of deceit and broken hearts.

Mulligan Smith in The Cheat, Part 3 of 3

As Mulligan continued his tale the Tercel picked up speed, ramping onto the knotted highway that ran through Capital City’s heart.

“You’ve got to understand, I’m a little too familiar with Ashlin Wisconsin as it is. There are a half dozen companies aiming to hook-up bored married people too selfish to end their current relationship, and they’re one of the first things I look for when I stumble across a roamer’s credit card bill.

“When the call came in offering up the philanderer’s password, my client, a rather clever woman, held out on payment unless she met someone in person to hand the money across to. She’d been very convincing.

“That was all set up for the next afternoon.

“Before that was to happen, I got ahold of my former client, the wife of the dog-fight-gambler, and asked for a quick sit down. I may have implied it was over legal ramifications of her stiffing me, but I was very friendly about it.

“I’d already known her ex had an Ashlin Wisconsin subscription. Found it on the bill – which was easy since the classy guy was too in hock over his Escalade to get his own plastic, and was thus using my ex-client’s own cash to cheat on her.

“The payments stopped, which should have sent the account into hibernation and killed access to the site. Once the sales pitch arrived, however, it became clear that everything was still in place, and the back catalogue of messages could still be read.

“When I asked why they’d be giving the milk away for free, my former patroness only said ,’yeah, isn’t that weird?’

“Now, there was a chance that some over enthusiastic sixteen-year-old has decided to turn spousal vigilante and start selling off stolen Ashlin Wisconsin passwords, but I had a notion that there was something more to it. My thinking was this: If the account had remained magically activated, maybe the responsible party was someone actually at the company itself.

“Figuring I had a morning to blow before the meeting anyhow, I did some leg work. Or finger work, I guess, since I was mostly Googling. Whatever the case, I discovered a few things, including the interesting fact that, despite their name, Ashlin Wisconsin was a local company.

“Well, by the time lunch rolled around I had my client convinced that I’d be the one sitting at the designated table in Spinerette’s, which is the kind restaurant I’d have to starve through five cases to afford.” 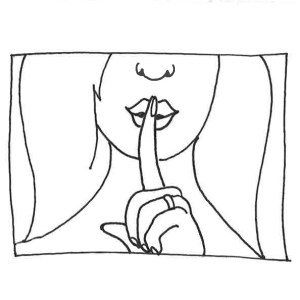 To his right, the PI’s father raised a brow. It was enough to pull a chuckle out of the detective.

“Yeah, I had a rack of lamb. It was alright,” replied Mulligan. “Anyhow, I’m halfway through my job-expensed meal when this woman comes in toting black Jackie O glasses and a trenchcoat that’d put most spy flicks to shame.

“She catches sight of me – I’m wearing a tie full of sheep grease and a collared shirt that’s seen one too many spin cycles – and she wheels on her heel, trying to make it seem like she’s suddenly remembered that she’d left caviar on the stove or something.

“I am clearly not the lady she is looking for.

“She stops. She turns. She sits.

“Once everyone stops trying to side-eye us, I put the envelope on the table. Thing is, I’m already aware she doesn’t really need it.

“‘Don’t worry,’ I say, ‘I know everything but I’m not here to drag your name to the cops or the papers, well – probably not. Depends on how honest you are with me in answering the next few questions.’

“‘Fine,’ she says, but I can’t see how she’s taking it otherwise because her pupils are still lost behind her thick lenses.

“Not that I don’t admire it, but isn’t what you’re doing illegal?’ I ask.

“‘It’s all covered in the EULA, the legalese they don’t bother to read when they sign up for the site,’ she replies. ‘We tell them that none of the information provided is going to remain secret, if not in so many words, and we make ourselves very clearly not liable for any physical, emotional, or financial damages that may be incurred by people using the site. So far we haven’t had a judge test the wording, but it seems like most of the people who end up caught don’t want to push the point too hard.’

“‘The tech staff maintains a supposedly-secret Post of the Week that they print out to hang in the shadows behind their filing cabinet, where they think I won’t notice. It’s incredible how fast they can find scummier messages to top each other with. People can be so foul and ridiculous and strangely beautiful all at once, and nowhere does that show more than in semi-anonymous online flirting.

“‘I also do personal searches through the database for accounts that’ve had dozens of failed password entry attempts. Those usually give me a good idea of whose wife or husband is already living with the fear that something is happening behind their back.

“‘I suppose it was the same back when there was such a thing as privacy, but today no one realizes there’s always some bored technician just down the hall from your digital hideaway, and she or he can hear everything you’re saying if they want to bother.’

“‘But you’re not some bored tech,’ I reply, ‘You’re Anita Bider, Ashlin Wisconsin’s founder and CEO. You’re also the unfortunate victim of a rather public divorce. I’d be pretty angry too if I discovered through the tabloids that my spouse was running around with a quasi-famous socialite heiress. I guess that’s why you started the site? To sell out the same sort of jerks?’

“‘She had that face, like maybe I was going to get a visit from her security staff later that evening, so I figured I’d just keep going.

“‘I’m not going to get in the way of your questionable legality, and I’m not even going to tell my client about this discussion. I am, however, going to give you a call when I pull a gig from a weeping husband or wife. I don’t mind splitting the fee if you’re willing to save me the footwork.’

“Anita simply shrugged, handed across a business card with her cell number, and left.”

The trio sat in silence for a moment, to digest both the tale and the Sonic they’d just eaten, then Mulligan again cleared his throat.

“Anyhow, all that to say: I’ve got a few extra bucks. Who’s up for miniputt? I’m buying.”