Tonight we present a tale of betrayal and violence influenced by Jurd’s current international travel status – that influence mostly being exhaustion.

Mulligan Smith in The Cheat, Part 1 of 3

They were sitting in the blue Tercel, Sonic cups in their hands, and Mulligan was saying, “no offense, Mike, but the first guy was a Walmart cheat.”

From the backseat the wrinkle-faced greeter replied, “none taken, but how do you mean?”

“He was like one of those shirts they sell with under-sleeves and a collar sewn in to make it look fancier. He drove an Escalade, but his car was easily bigger than his house. In fact, when I pulled up to that shack I was left wondering if his wife would even be able to cover my bill. I mean, I don’t mind folks with priorities, but she and I were on the same wavelength: A guy with a ride like that is out to impress someone – unfortunately, it wasn’t her.

“She was sick of it: Sick of his nights away, sick of the tiny shanty he left her alone in, and sick of waiting for him to get his act together. 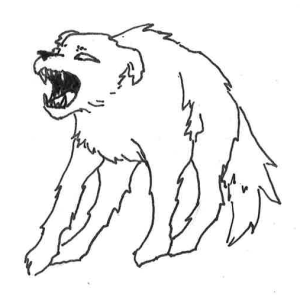 “She’d be damned if the grubby palmed bugger would hold onto the SUV through the divorce, however, which is why she hired me.”

Walmart Mike took a long draw on his Miami Sunset slush, then asked, “so where’s the excitement? Sounds like every other creeping Johnny to me.”

The senior Smith offered a grin that revealed no details.

“Sure,” answered Mulligan, “seemed like an easy gig. Nice huge box to follow around, then some quick work with the Nikon and I could call it a day. Thing is, he meets this red head in front of her apartment. She’s wearing one of those wide neck sweaters, black stretch pants, and knee high boots. He honks but stays in the truck. No chance for pictures.

“Now, I figure we’re headed towards Chez Costly Cuisine, or some other excuse to fill her full of white wine, but, instead, I find myself having to keep an eye on his tail lights all the way out of the city and into the woods north of town.”

“None of the above,” replied the PI. “They stopped at a farmhouse. Big spread with a massive black gate. I gave the driveway a pass and did a loop around the fields. I found a bush on the far side under which to tuck the Tercel, then I jumped the fence and did my best to stay low till I’d made the barn.

“The thing was large enough to shade most of Amish country, and it was packed full of shouting.”

Mulligan paused to finish off the last of the blue raspberry ice at the bottom of his cup, then lobbed the trash into the barrel beyond his window.

“Must’ve been fifty people and a dozen mutts in there, and that’s not including the two rotties in the pit.”

“That dog fighting thing in the papers was you?” asked Mike.

The retired sergeant answered with a nod while his son only smirked.

In the backseat the audience of one rolled his eyes. “Hey-zeus, what a romantic fuckin’ scumbag.”

“No joke,” said Mulligan. “Worse, I got spotted. Fortunately the kid, eighteen maybe, was a yokel who figured I was watering the paint.

“”Next round’s starting, you in?” he asked. Once I offered a fifty he didn’t look at me twice.

“Now, I gotta admit, I was already feeling pretty displeased, but letting that fifty ride on dog versus dog had me palming my taser. Maybe thats why I swung for the fences instead of calling the uniforms first thing.

“I stood around taking in everything but the match. Easy access to the hayloft from the other side of the barn, and the elevation offered a perfect overview of the crowd. No one was paying enough attention to the ladder to notice somebody scaling it, but I suspected that none of the jackholes would be terribly enthusiastic if I pulled a camera and started trying to take pictures.

“Now, I gotta be honest, I could’ve simply climbed up, did my duty, and scrammed, but I had another idea.

“Like I said, it was a swank spread, but it wasn’t arranged to act as a place of business, or even an arena of combat. In the end I joggled the elbow of the guy holding the bets and asked where a fellow might conduct business a little more elaborate than just watering the outside wall.

“He seemed reluctant to send me into the main house, but after I made clear I guessed I could drop trow in the unofficial latrine area if he could deal with the resulting smell, he sent me inside.

“In I went, through the kitchen, second entrance on the left, just as I was told, but I raided the fridge on my way back. Then it was just a matter of timing.

“When the current combatants were too mangled to keep fighting the greedy bastards would just pop open two more cages and toss a sliver of steak into the little fenced in arena – but that last time they were too late. I guess it’d been enough to get those thick necked bowsers snarling at each other previously, but, even as that hunk of cow was flying through the air, I was already at the top of the ladder. The hick taking bets nearly got the gate closed before I let fly with double handfuls of farm raised ground beef, and the smell of blood lit up the pooches like a pinball machine with Tommy on the flippers.

“They hit the crowd like rabid Pac-Men, and I framed a nice shot of fearful date snuggling close to scuzzy hubby for safety. They ran, I switched to the outside door. She quivered in his arms, he took advantage by laying a kiss. Then they ran for their ride.

“I was gone by the time sirens replaced the sound of snarling dogs.

“At that point you can imagine that I was feeling pretty pleased with myself – but, when I returned to the shack to collect my cheque, Mrs. Jackass tells me she was just about to call. Apparently she doesn’t need me anymore, she’s got him, as she puts it, by his shriveled testies. For all my trouble I managed to collect expenses and nothing more.”

Mulligan shrugged. “Well, actually, it was a month and a half later that things got really interesting.”