So, last week a fellow scrolling by my Facebook wall tried to step forward and defend Arizona’s now defeated SB 1062.

As he explained, “being an American means having choice, including the choice to deny service to those who stand against [the store owner’s] personal beliefs.” (His words.)

I’m no American, but I’m pretty aware of America’s history regarding choices. 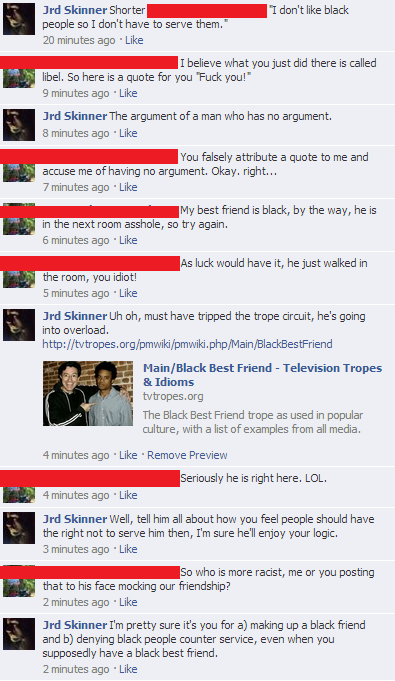 Pro-tip: If you immediately fall into a spiral of defensive shame because someone pointed out that an unintended consequence of your proposal makes you seem like (more of) a heartless monster, you may want to reconsider your position.