This week’s episodes are brought to you by The Donut Button – thanks to all who’ve used it!

Tonight we present the tale of a young warrior, Darlene Crowe, as she takes to the field with her father watching.

Darlene’s eye was not on the ball.

The breeze had quit trying to push through the hanging ball diamond dust, but the sun seemed to have doubled its intensity in an attempt to bake the dirt out of the air. Even as a curve flew from the pitcher’s fingers, the outfielders shifted from cleat-to-cleat in boredom.

Twenty feet to her left, Darlene’s father was stuttering his way through an explanation regarding a spilled coffee, and, even over the shrill cheers of her first strike, she could hear his heartfelt, but protracted, apology.

She had never wanted to be here, and the unsightly enthusiasm at her failure annoyed her.

This was no tournament game, it was just another entry in the long August season, but Darlene’s opponents, the Mooretown Medusas, had arrived with an especially energetic group of parents. Their crisp pinstripes had contrasted heavily against the t-shirts of the Silver Dollar Samurais, and by this, the fourth inning, the Medusas held a three run lead.

Her father hadn’t forced her to sign up for the sport, but she’d read the worry becoming chronic along his cheeks and brow, then made the decision herself: Thursday nights would be baseball night, a nice, normal, childhood activity.

It wouldn’t have been so bad, Darlene reflected, if the adults of Mooretown weren’t constantly shouting criticism at the supposedly “playing” eleven-year-olds.

As if to drive her point home, a round faced man in a loosened tie shouted, “swing or go home, little girl!”

In truth, Darlene was one of four female Silver Samurais, which was four more than the Medusas had fielded.

Placing her bat to her shoulder, she descended into a well-honed state of focus.

The world shrank, and everything became immediate. A practiced scrutiny judged the flex and lean of the boy on the mound, and skilled fingers – though in a grip they found strange – steadied themselves on the taped handle. 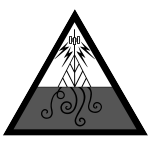 Even the crowd seemed engaged by the girl’s intensity, and a hush fell over all – all except the coffee soaked man in the white polo who was still waiting on her father’s apology. In the silence Dad’s “d-d-d-d-d-didn’t” carried clearly to the plate, as did the exasperated reply of “Jesus, talk normally,” from the Medusa fan.

It was enough of a distraction to slide the second strike across without even a swing.

Five years earlier she’d had her hair laid across her mother’s lap, as the pair watched an old samurai flick, Ichi, when the phone had rung. It was their preferred Saturday night activity, but both knew to expect the possibility of a sudden end.

After a short-worded conversation, the six-year-old had sleepily asked the standing woman, “good guys being hurt?”

“Not while I’ve still got my sword in my hand,” Mom had replied with a smile.

Twenty minutes later the plainclothes police officer had been gunned down by a muddle-headed alcoholic upset over his defeat in a child custody case.

It had left only Darlene to care for her too-gentle father, but the girl knew somehow that it was what her mother would have wanted.

By the time the third pitch was in the air, Darlene was already running.

There’d been an involuntary, “hurk,” and she’d turned to see the coffee-wearing man’s face now fully inflated. Though Dad’s palms remained open and exposed, the Mooretownian had caught hold of his handmade Silver Dollar Samurais shirt, and the attacker’s right fist was slipping backwards in increased frustration.

The red-cheeked man had not appreciated the suggestion that it was his own enthusiasm, and possibly slightly drunken state, that had sent the styrofoam cup flying – nor had he enjoyed waiting through the length of time it had taken Darlene’s father to make it.

From her position on the far side of the chain-link backstop, the eleven-year-old had made a decision. Had she trained for the last five years just to watch Dad be pummelled in the stands of a crummy little league game?

Not while she had her sword in her hand.

She snapped off the matte black batter’s helmet, and, with the addition of a single half-loop from her pink hair elastic, adjusted her spritely blonde ponytail into a combat-ready topknot.

When Darlene once again lifted her bat, her grip was unlike any ever used by a major leaguer.

Despite the stickiness in the air and the silliness of her bright yellow uniform, it felt good to run. Too often this ridiculous sport had come down to waiting for a brief moment of activity. The sense of personal command had always been one of her favourite things about kenjutsu practice: She might not be able to control the world, but her blade moved only where she placed it.

The samurai landed in a flat footed stance with her arms braced at her side. Her weapon’s hilt was low to her belly, and the club’s shaft stood as ramrod straight as her spine.

There was no wavering in either.

“I will strike you in three seconds if you do not release my father,” she said, though she had to fight not to clench her jaw.

The damp man in the second bleacher row turned, though he did not think to release his grip on Dad’s now-crumpled collar.

She knew he was probably just too surprised at the demand to react quickly, but she lept anyhow. Stepping lightly between an oversized pleather purse and a denim ensconced Silver Dollar supporter, as if they were no more than the silent grasses lining a still pond, Darlene closed the distance and swept her stand-in sword upwards.

Before the impacted forearm had even finished its new skyward arc, however, she’d checked her swing and pivoted. With a two-fisted grip, she planted the tip of her aluminum temporary-katana in the meat of her opponent’s calf muscle.

The seizing of his leg left the irritable pugilist empty handed and on his back for several deep exhalations. The watching crowd, who’d unanimously opted to give the combatants a respectful distance, had, in turn, stopped their own breathing.

Darlene simply waited, with the sun at her back and her makeshift gunto raised.

A lone cicada sang to them from somewhere beyond the outfield fence.

Despite the collective anticipation, by the time the girl’s adversary had righted himself he no longer had any interest in discussing the incident. Instead, with sullen jowls, he announced to no one directly that he would wait out the second half of the game in his car.

For ten full minutes the Medusan coach expounded loudly on the inappropriateness of the incident, but, when it became apparent his Silver Dollar counterpart wasn’t likely to forfeit, justice had to be held to benching Darlene for at least the rest of the game.

Still, she’d been reminded of the taste of combat, and her stinging gaze sweeping the field was impossible for the Medusans to ignore. Nerves alone lost them the game at 7 to 5.

The win was her first, but, upon returning home, Darlene decided Thursdays would instead be better spent quietly with her father – perhaps they could learn the nuances of temae together.

For his sake, though, she would occasionally call the traditional ceremony a tea party.